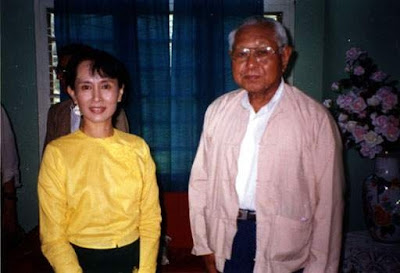 Dr. U Saw Mra Aung, the chairman of Rakhine League for Democracy, one of opposition political party, passed away tonight around 7:30 pm according to BBC Burmese program. It said he passed away at 93 years. He worked as a volunteer physician in Charitable Hospital for Monks and Nuns in Rangoon. In 1990 Multi-Party Election, he was elected as member of parliament from Mrau Oo Township of Rakhine State. In 1998, he was appointed as chairperson of CRPP organized by opposition political parties in Burma.