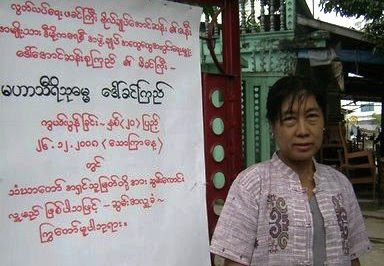 Daw May Win Myint who had been detained for several years in Insein Prison was seen back in NLD office taking high level responsibilities from the party starting this month.        She used to be a coordinator of Party’s Women’s Council. She was elected as parliament members back in 1990 Multi-Party election and later in 1997,she was sentenced for 7 year but spent 11 years in prison. 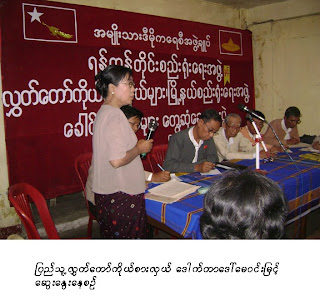 ← Cartoon Maung Yit – We are broken-hearted voters of 1990 Election. What NEXT ? 2010 !!!
Burmese Tea Leaf Salad with Yellow Coloring banned →