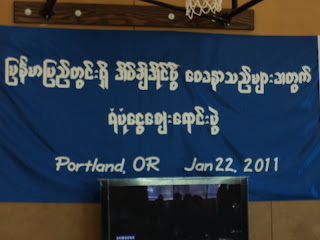 At ICRO the sport centre, from 10 am to 4 pm on 22.1.2011, a fund raising intended to help HIV-AIDS patients inside Burma was held by Burmese youths from Portland city of Oregon state. It is learnt that a variety of over 50 Burmese dishes were on sale for charity at the event, and an audience of over 500 were entertained with performances, including Burmese traditional dances. It is seen that Burmese donor families, members of the Citizen of Burma Association and youths from Oregon State actively volunteered their services for the occasion. Sixteen Burmese families and youths of Oregon State opened charity food stalls. 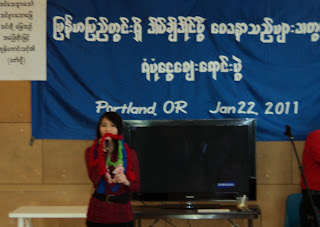 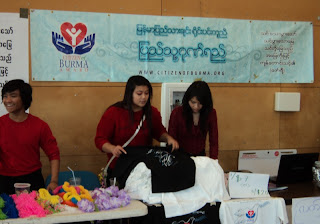 Ma Hnin Wai Lwin, one of the leading organizers, explained the purpose of the fair: “To some extent we have, with a way that we can do, help the HIV-AIDS sufferers inside Burma. We will also try to support as much as we can in the future. We would like to urge other Burmese residing in the USA to help within their limit. 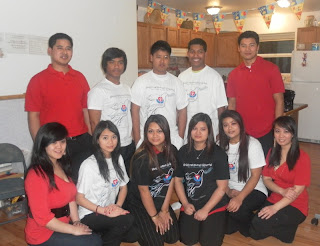 The opening of this event was started with video showing of Daw Aung San Suu Kyi’s message for youths of Oregon State. Then, the fund raising was successfully organized with selling of various Burmese food and singing Karaoke songs. As the closing program, youths of Oregon state sand the song “Heal the world” all together.

There are approximately two thousands immigrants in Portland city, Oregon State in the USA. 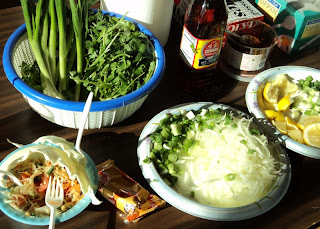