It is learnt that Burmese pro-democracy forces at home and abroad commemorated ‘Burma Human Rights Day’, which falls on the 13th of March. Burmese residents and political activists also held ceremonies to mark its 23rd anniversary in some counties and states of America.

MoemaKa media is pleased to post the photos of the events hosted by BADA association of San Fransisco bay area, Burmese political activists from Buffalo city of New York State as well as the activist from Moore field city, West Virginia State. 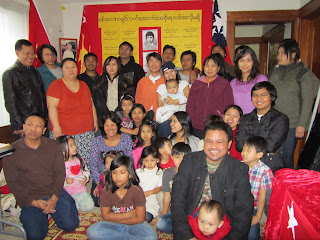 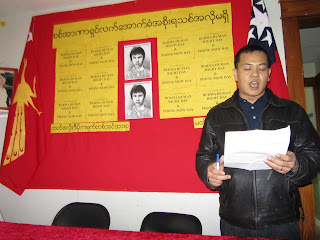 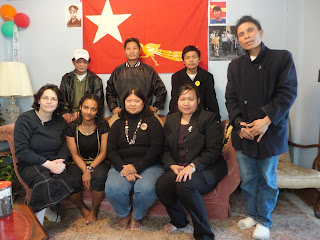 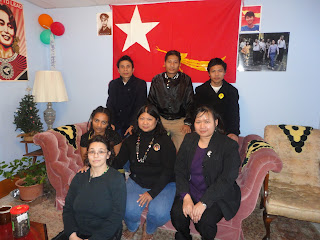 Twenty three years ago, on the 13th of March 1988, Ko Phone Maw, a student of Rangoon Institute of Technology, one of those who were involved in the peaceful demonstration in RIT’s compound and were arrested for doing so, was tortured and killed by the cruel tyrants of the then Burma Socialist Programme Party(BSPP). That students’ strike led the whole country to take part in the historic people’s uprising “8.8.88”, which was able to topple the dictators.

The entire public unanimously agreed to honor that day “13th March” as Burma Human Rights Day in its first anniversary in 1989. Since then, Burmese pro-democracy organizations at home and overseas have been organizing yearly ceremonies in commemoration of that day, also condemning the succession of those dictators. This year’s event is the 23rd anniversary.

Among the records of March’s uprising, here you can see “the account of historic dates challenging dictatorship” published by All Burma Federation of Student Union (ABFSU) Foreign Affairs Committee.

Regarding March student strike, read here – The open letter by ex-Gen Aung Gyi to U Nay Win, the sole power holder of BSPP.