It is obvious that in order to hold its power more firmly, the current military regime is unfairly trying to put its henchmen to all levels of the forthcoming administration machine. Similarly, members of Burma Socialist Programme Party (BSPP) once took the control of policy-making in all levels, while the administrative powers of state and division and township and quarter levels were held by those from the same body in the period of one party rule system. At that time, all three pillars of judicial, legislative, and administrative powers were solely controlled by BSPP and overwhelmed by ex-military men.

Like that period, the government, turning from the military to USDP, is now taking the posts of Prime ministers and ministers in state and division authoritative bodies to strengthen its hold on power. They also deliberately think of a trick to replace USDP’s member in lowest ranks on the other hand. 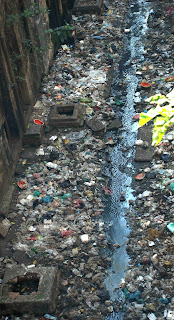 It has been 3-4 years since the previous system that cleaned rubbish of streets day by day, ringing a bell, has disappeared on the streets. After garbage vans with “Donated by a Foreign Country” written  on both sides had steadily broken down and diesel engines of these cars were transformed into the ones using CNG gas, dust men with trolleys had to take over the duty of collecting rubbish instead of cleaning streets using trucks.

In this year, municipal cleaners only swept up trash littered about on the streets and collected rubbish made by street vendors. Those who want to dump their household garbage have to pay 100 or 200 kyat to  the dust men.

More and more rubbish tips can be seen in the alleyways in Rangoon as the system of collecting garbage slowly dies out. The same situation is happening, not only in Rangoon’s downtown areas, but also in  the Mingalartaung Nyunt, Tarmwe and SanChaung townships. The more multi-storey buildings are in a street, the more rubbish tips will certainly be in its alleyway. 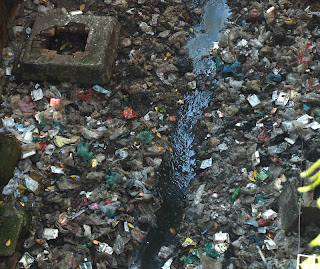 In Rangoon, the only way to stop people from dumping rubbish indiscriminately, applied by municipal authorities, consists of a board reading “Do not throw rubbish. If found out, you will be fined” erected on the streets. It is mistakenly assumed that litterbugs think that if their acts will not be found out, they would not be charged, so some try to throw rubbish into alleyways at night.

Perhaps municipal department intends to highlight how much disobedient litterbugs are despite being noticed. On the other hand, it has been a usual custom in Rangoon that some freely dump their household rubbish for there is no watchdog responsible for taking action against them, and there are no dust men who come and collect rubbish daily – or on time, for that matter – in Rangoon.

U Aung Thein Lin is the mayor, as well as the head of development council of former capital Rangoon. He has been busy with USDP’s affairs for all of last year, and was often condemned by media for building streets only partially. As a mayor, he only concentrated on putting concrete pillars inscribing “This Work is done by USDP’s members’” at the corner of the newly-built street, to build reputation for USDP rather than deal with cleaning rubbish, rebuilding roads, and fixing decaying water pipes to get enough clean water.

Pipes used for delivering water to Rangoon’s townships have been joined since the period of British colonial rule. After almost a hundred years, the water leaks out of decaying pipes. You can see incessant stream of clean water in the drain by Mahabandoola garden, and there are some area in Rangoon where the residents can pump water from these pipes (but only once in the morning and evening). It is seen that authorities from municipal did not try to fix this decaying plumbing. They only decided to dig artesian wells cursorily under the flag of USDP and pumped water from these wells into damaged pipes.

While clean water is flowing like a river in the drain in front of former US embassy, people of Lathar and Lanmataw townships have to rely on water from artesian wells. Similarly, when water from Joe Phyu dam can easily go up to a second floor without pumping in YanKin, the residents of SanChaung and Kyimyindine townships have to depend increasingly on pump-wells.

Matters presented above are essential requirements which Rangoon City Development Council must inevitably undertake for the public of Rangoon. 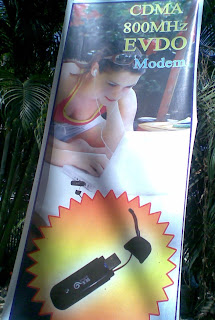 Burma Telecommunications system, using Chinese technologies and China-made mechanical parts, is getting more and more chaotic. Users from Burma frequently have to buy many kinds of mobile phones used in different networked areas for various prices.

Being worried that perhaps their previous handsets will be out of function, users have to purchase new ones again and again whenever a new model appear in market. Apart from two original systems of GSM and 800 MHz CDMA, 450 MHz system, which can contact those over longer distance, was introduced soon after Nagis storm. That system is mostly used only in China and not popular in other parts of the world.

Although it can reach far more distant places, it needs more battery power and its sound quality is not good. However, it was bought by many people for 1500,000 kyat, because it was the first mobile phone introduced in Naypyidaw where no wireless phone system was operated before and could be used in many cities. Then, 800 MHz phones were started selling in Rangoon and Mandalay, and people had to buy these phones for 500,000 with their savings.

Again 450 MHz system called the Naypyidaw phone appeared in market, and it can be used throughout the country. Users tried to get it as well. Last month, 400 MHz phone and internet service called McWill was put on sale in Rangoon, Mandalay, and Naypidaw. While those who want to use internet on their phones were thinking of buying siad system, people had to rush to pay a bill of 30,000 kyat and apply for internet access on the phones sold by E-Lite Tech Company of U Tay Za.

The cost of 30,000 kyat is just a start. 3G handsets has become requirements for users. So, users put their previous handsets aside and have to purchase new handsets or a 3G modem. There is no choice for customers in market but to buy products of China, because only a few countries use that system. 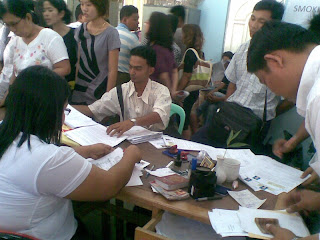 Chinese technologies and China-made phones and accessories do not include guarantee or even the name of manufacturer. Sometimes Burmese internet and phone service companies only provide its customers with software programs that are downloaded from internet and are not likely to be authentic. That’s why, users have to change their handsets and modems repeatedly and eventually apply for their damaged SIM cards, costin 100,000 kyat.

Finally, people have to withdraw their savings again and again to purchase so-called new technology, and they have gotten China-made damaged and useless things in their hands as the end result.