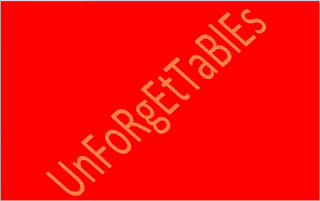 The nineteenth of July 1947 was a day we shall not easily forget. Our grandparents always said it was the day of tears and mourns. ‘Everywhere in the city, on buses, on trains and in the market places they saw all the men’s eyes wet and women sobbing as if their hearts would break.’ There was no need to ask why they were crying for or what their tears represented.

My grandfather said, if someone died; only the family and the relative would cry or sob. But on that day of our martyrs assassination, not only their families and relatives, but also everyone in the city, shock of sorrow and their tears streaming down their faces. All were too stunned, all were numb with sorrow, all felt as they had lost their beloveds from hearing this dreadful news.

While at 10:37 AM in the Chamber in which the members of the Governor’s Executive Council under the chairmanship of Bogyoke Aung San held  a cabinet meeting, they fell victim to an act of assassination which was as senseless as it was cruel. Councilors trusted by people; Bogyoke Aung San, Thakin Mya, Mahn Ba Khine, DeedokeU Ba Choe, the Sawbwa of Mong Pawn, U Razak, U Ba Win, U Ohn Maung, Ko Thet Htwe were shot to death.

I learnt from an article of ‘Our Fallen Leaders’ (It was published in the booklet for the memory of the martyrs day, it was distributed in 19th July 1988, from the Ministry of Information) which was portrayed about the scene of the crime as ‘the pungent smell of carbine and fumes of heavy smoke rolled out of the Chamber.’ (It was absolutely different in the movie of ‘The Lady’, described this scene as our Bogyoke was shot by pistol from the few inches away. Ah! Yes, I know that kind of weapon! It was not a carbine. . This scene in the movie ruined the greatest event of our history.)

The merciless day was addition to the heavy clouds and ‘all-shaking thunders’ with roaring rain to mourn more and more severely to the whole nation. My grandmother said ‘the thick shroud of rain and clouds lay on us all as if never to be lifted. The terrible aspect of all nature seemed to be in keeping with the calamity that shook the whole nation.’ It was the greatest tragedy of our history.

Life had to go on in spite of the tragedy that had struck. Time cured all as things went back to normal since then. The nineteenth July comes every year as the time wheels around. I remembered this day not as the child’s thought as the public holiday, but as it was the day of tears to the whole nation to mourn for the death of our heroes. The time healed the tears to dry as log or our heart to cold as ice. But the rain slashed mercilessly and the winds roared pitilessly that I saw outside from my window while I was writing this article. I could only imagine the tears of the whole nation happened in the scene of the day. But I could feel in the flesh at the present that the weather was foul even for the monsoon season as it might be seen the same as the day of nineteenth July 1947.