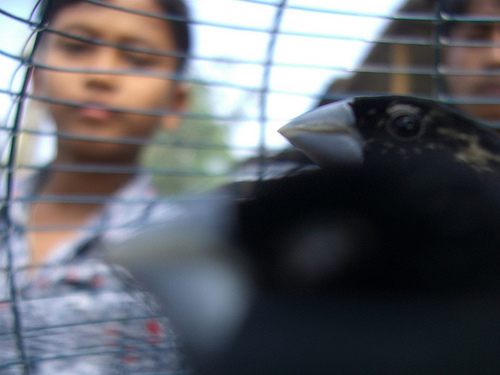 A Burmese author struggles with censorship, even after it’s officially abolished.

Long ago, I was surprised and overwhelmed to learn that a well-known writer who I admired also happened to be my neighbor. At that time, I was a teenager who dreamed of becoming a writer, and my early attempts to test my ability were inspired by this writer’s short story, “A Little Sarong,” which I liked very much. This writer’s name is Nu Nu Yi.

In mid-1989 a friend of mine told me, “Nu Nu Yi is your neighbor.” As soon as I heard, I asked him if I could visit her. When I met Nu Nu Yi she was friendly and welcomed me into her home. Of course, I didn’t forget to bring my early attempts at short stories, which she read, giving me her advice and comments in return. Over time, the encouragement that Nu Nu Yi and her husband gave me as a young writer provided the strength and confidence I needed to submit my stories to magazines.

One day Nu Nu Yi asked me to visit her home, so I went there with my friends. I remember that day well. She looked at me seriously and said, “In this country, it is not strange to have any piece of writing censored.” She paused for a few seconds. “If one of your short stories is censored, don’t be upset.”

At that time, I had sent four of my short stories to different magazines. I thought she was telling me about the common experience of writers in Burma.

She continued, “The short story you submitted to Mahaythi magazine was selected. It was even printed, but the entire story was censored after publication.”

That was my first published short story.

Since then our friendship has grown. She is like a relative of mine and has always told me what I should do as a writer. Her home was one I felt free to eat at or visit any time.

Nu Nu Yi is from Inwa, a town in middle Burma. She grew up in a rural area, later studied at Mandalay University, and eventually married a psychologist who teaches at Yangon University. Because of these experiences, her writing reflects the struggles and lives of people in rural areas, and the difficulties that affect university students and the Burmese middle class. In keeping with this, Nu Nu Yi’s writing was often censored. The officials didn’t want readers to know the truth of the problems she detailed. I estimate that almost half of her work has been censored—cut by individual sentences, whole paragraphs, or in its entirety.

Despite this, since 1984 Nu Nu Yi has written 15 novels, over 100 short stories, and several magazine articles. Additionally, she worked with BBC World Radio in Chiang Mai to script Burmese-language radio plays that promoted HIV/AIDS awareness. She also won the Myanmar National Literary Award in 1993 for her novel Emerald Green Blue Kamayut. Though, after the 1990s her novels did not appear for a long time. Regarding this, in an interview with Radio Free Asia, she said:

“My writing has been censored a lot since I started my career. I had to go to the censorship office many times to make an appeal for my stories. In the late 1990s I lost my strength to write because of censorship.”

Then her novel Smile As They Bow, which she wrote in 1994, was nominated for theMan Asian Literary Prize in 2007. The novel was censored for more than 12 years and it wasn’t until 2008 that an English version was published by Hyperion.

Now, as there is no longer censorship in Burma, Nu Nu Yi can write whatever she wants. Unfortunately, things aren’t quite that simple. She expressed her feelings about the change in an interview with Radio Free Asia:

“I saw a cartoon on Facebook that reflects the lives of writers in Burma. I like it very much. The cartoonist uses a bird released from a cage as a symbol for the writer. Although the bird has been released, its feathers have fallen out and it does not have the strength to start flying because it was caged for 48 years and 11 days. We, the writers, are exactly like this bird.”

What I believe is that, despite the easing of restrictions, Burmese writers, including Nu Nu Yi, don’t have the strength to fly yet. It also may be a strange experience for them to fly freely since they have not had the chance to do so for many years. But one day they will be in the sky with new feathers and new strength because when birds die, they die flying.