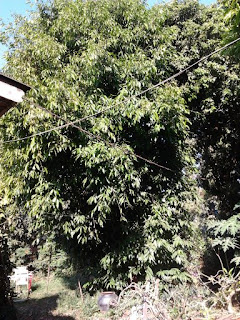 We were so happy to see such beautiful yellow flowers bloomed which were everywhere on the tree.
The Marian tree or Majan tree grew in our garden about thirty years ago. At first we did not know what it was. Its seed might be dropped from the crows that carried it somewhere. There were many crows lived in our garden. They had nests on the trees and they travelled around all the day and returned in the evening with many foods in their mouths. Always they dropped their things to the ground. So, our Marian seed was one of their things carried from other places.

Before the Cyclone Nargis, I remembered we got only 45 Marians fruits from our tree for the first time. We were so happy to have those delicious fruits from our garden. Its taste was sour and sweet. We could make Marian Salad with other materials. Some suggested that Marian Soup was also delicious. It was a good dish and we never bored if we ate every day. In this hot season, it was a season fruit. We saw many Marian fruits in the market. But we preferred our own Marian fruits. But after the Cyclone Nargis, our Marian tree was half -destroyed and we could not have its fruits again until this year. 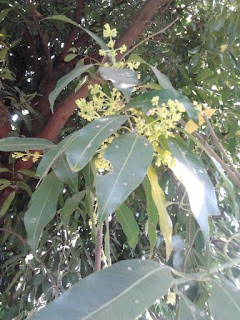 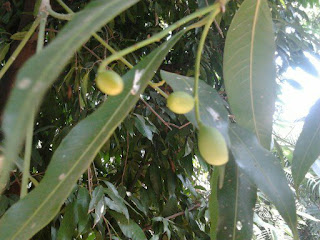 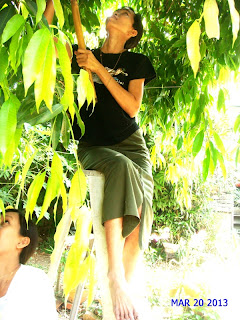 I sat on the ladder and with the long rod picked Marian Fruits. All the families around me were anxious to watch their Marian Fruits, and worried their fruits to be slashed by my doing.
The family gathered there and used by a long rod, and its top was coiled with sharpen knife, and we picked one by one from the ground. We had to be careful, because the covers of Marian fruits were not rough and easy to be slashed if our knife could accidently cut off it. 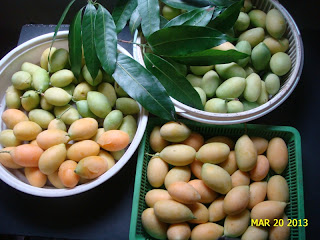