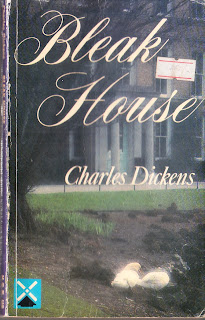 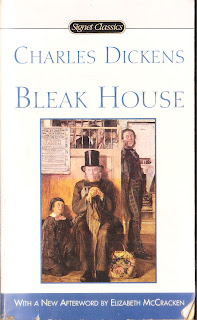 (I saw the original novel of ‘Bleak House’ at the book shop and I decided to buy it at once.)
A Month Ago
At last, I was decided to read it. Bleak House, all sixty-seven chapters of it, is a short time to meet so many people, more than four dozen of them. The third-person narration and the first-person narration attract the reader’s interest to the end of the story. For my opinion, I preferred first-person narration on Dickens’s writing. It was the first time I found that the Retold Version of ‘Bleak House’ was only written in third-person narration, and changed the Dickens’s writing style.
Epilogue
This time, according to the Original ‘Bleak House’, and meeting enormous characters in the list, its Retold Version seemed to me so difficult and I could not grasp all of them. I could not finish its Retold for years. But during reading the Original ‘Bleak House’, I had finished its Retold in a day! How strange!!

← The Season Fruit: The Marian Tree by Junior Win
Ultraviolet Rays and 2013 Thingyan Festival by JuniorWin →