Some Part of Their Life and Their Meeting 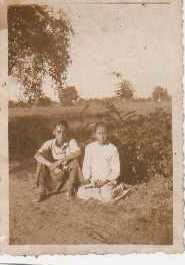 My Grandfather (U) Khin Maung Latt 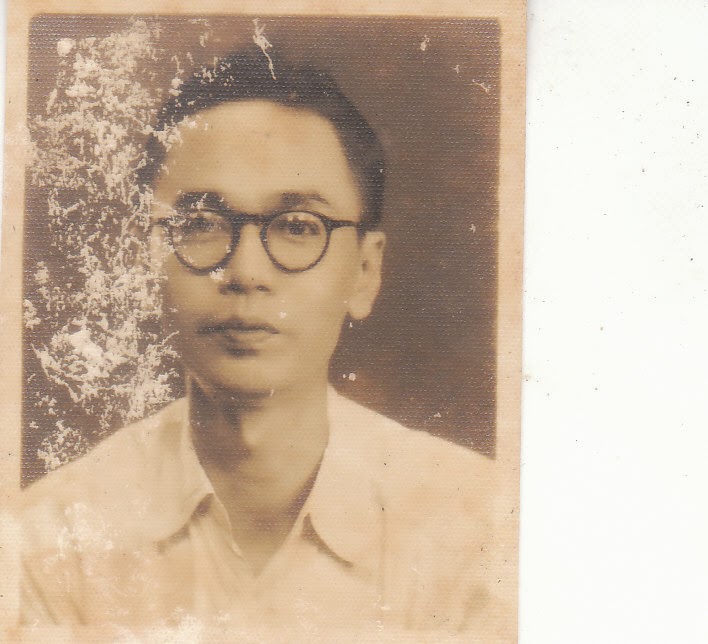 (My grandfather with a smile.)

While my grandfather was working as a clerk at Bombay Burma Company, towards the end of 1939 labour troubles grew. The workers of the Burma Oil Company, one of the leading British forms went on strikes. He took part in it although English government did not allow their government workers involved in the uprising. He was forced to quit because of his taking part in riot. Before long he joined the Workers’ Union.

I always was heard from my grandpa that when he was working as a clerk in the British government company, they were not allowed the employees reading political books in the working hour. It meant that after the office hour, could read what they liked. Until he was married to my grandma in 1939, he did not get the degree yet. My grandma was not yet graduated too. Their education was paused for a while because of their family’s sake or the situation in political changes in Burma. 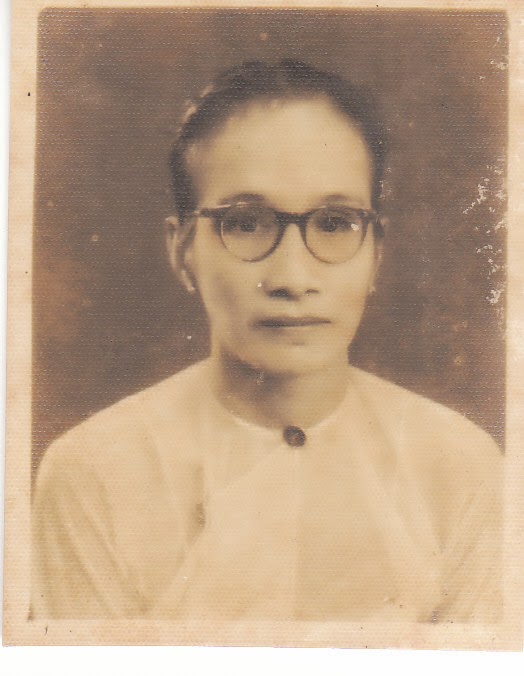 Her first short story was published in Dagon magazine (in 1930?), although she did not receive a fee, she was so happy and proud. But she was not allowed to do any writing in peace, her mother scolded and her father threatened to burn her papers. She said to me that at that timeshe had to hide them and do her writing when everyone was in bed. 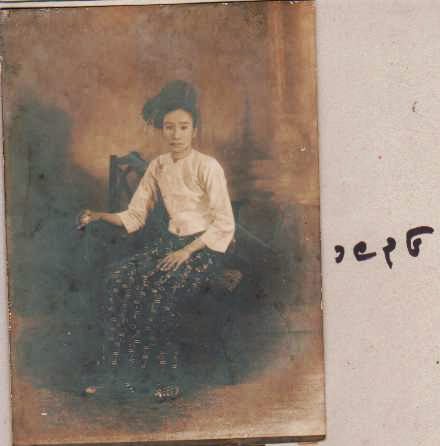 Her fortune favors sometimes later that she had received a request from the Sun (Thuriya in Burmese) – one of daily papers assigned her to write a novelette for serialization. ‘A College Girl’ – the newspaper people thought that they should publish a girl’s eyes view of the university, as they had publish a long serial on the man’s eye view written by a young talented writer named Zawana (he was a famous writer, newspaper columnist, and became her dear friend). When the money arrived from the Sun, they could keep her in Rangoon before she got a job, she happily packed her belonging ready to leave her unhappy house. But his father took the money from the postman’s hands, my grandma felt her life seemed to reach a dead end. 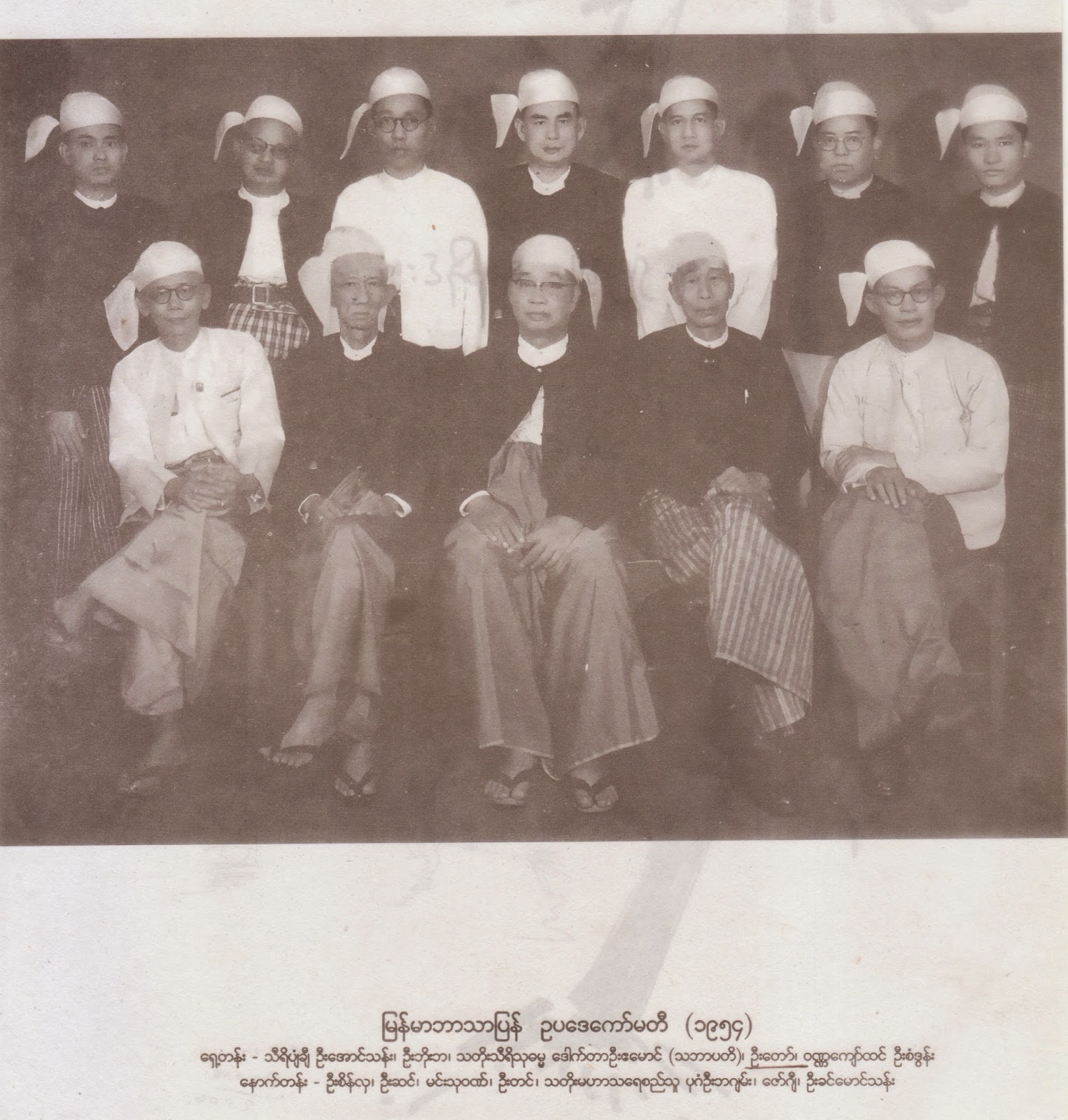 (1954, her father – U Taw sat in front role, second of the right from the viewer. ‘Burmese Translation Works Society’. This photo was recently found from one of Burmese magazines published just a few months ago.)

Her father seemed alarm about his daughter planning to leaving home, he no longer scolded her. She had found her happiness in writing and reading, and she no longer minded being unloved by her family. Her local library became was enriched by those from the attics of her father’s friends. My grandma said she was welcome to have their books for keeps, and sometimes their wives were so thankful to her for clearing the cluttered attics that they often gave her tea and cakes and paid transport. (One of those who gave their books for my grandma’s library was U Hla Phay- the name she always mentioned to us.)

During 1932-33, my grandmother stayed at Innya Hall as first year University student in Rangoon University. At that time, she translated the poem of Sir Walter Scott – Lay of the Last Minstreal into Burmese as Lay Choe (Old Burmese theme poetic style)which was published in the Wathana magazine (One of University Journals). But she mentioned her name as ‘Lady Patriot’ below her writing. The editor of the magazine gave her a pen name as ‘Khin Myo Chit’, because ‘Myo Chit’ is the synonym for ‘patriotism’, and ‘Khin’ represents as Burmese maidens’ name. From now on, her pen name ‘Khin Myo Chit’ was the name that she chose for rest of her writing life. In 1933-34, she started her writing and, her first short story was published in Dagon magazine. 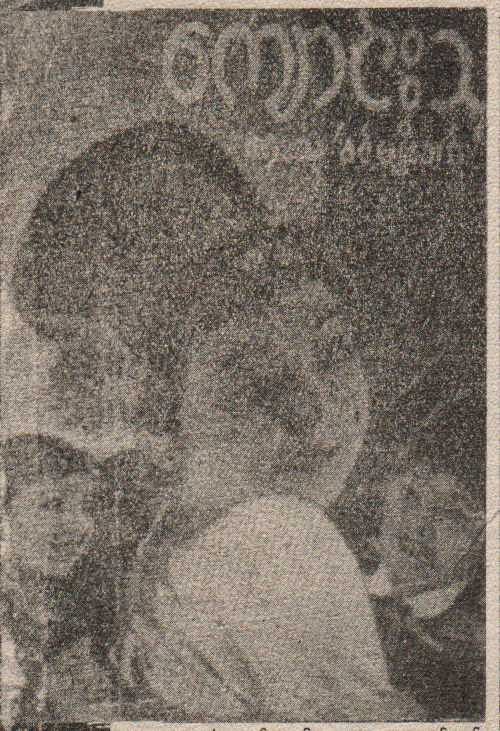 (The old cover of the novel ‘College Girl’.)

She only stayed at Innya Hall for one year. She again resigned at home and continued her writing. Her family gave no applauses for her work. She wrote a first novel called ‘College Girl’ in Burmese after having being published as serialization in Sun magazine (1935-36), and it was finally published in 1936. It was a story of a girl’s eye view of the University.

When my grandma met grandpa at Pegu as she mentioned about their meeting in her writing as ‘He was the boy next door. He had left college, an undergraduate, not being able to continue his studies because of the decline in family fortunes. He was having a short lull at home while looking for a job.’ They knew each other better, and my grandma portrayed for my grandpa coming as ‘he became a sane character in my reeling world.’

Later my grandfather went away to Rangoon and got a job, in the meantime my grandma tried to fill her time with writing. In 1937, by the help of her grandfather U Phay, she got a job at the ‘Toe Tet Yay’ magazine, and ‘Burma Journal’. She left home and stayed at her uncle’s place. (I did not her uncle’s name, maybe at A-lone street.) She said it was her first step to freedom. 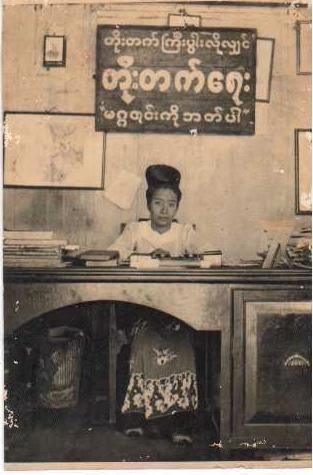 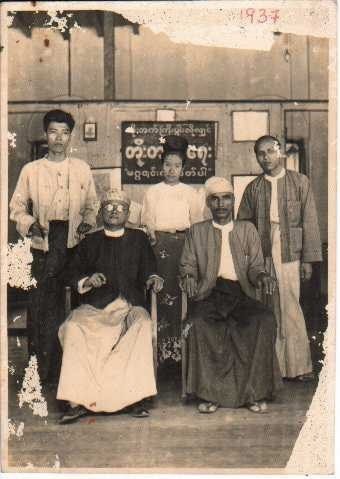 In Rangoon, she met again my grandpa. With him, treating her to movies occasionally, seemed life was as pleasant as could be. She mentioned about my grandpa as follows:- ‘He was a voracious reader and we shared the same interest in books. I read the books he recommended and he returned the compliment.  We had a fine time talking of books. It seemed that we had launched on a long endless talk which could only lead to one thing – a life-long alliance.’