100th Anniversary of Burmese Cartoon in 2015

Early forms of cartoons art can be seen in the cave drawing. In Burma we could see the cave drawings, or the frescoes painted on the walls of the temples from old Bagan city. Because of those drawings as ancient inscriptions, we learnt the Buddha’s life, or the ancient history of the old king. Apart from the ancient stories, the comic art, or the terms comic and comic strips started in World War II at the Rangoon Time Newspaper in English, established in 1912.

It was because of the first cartoon appeared as celebrating Christmas at the supplementary issue of the Rangoon Time Newspaper on the Christmas day of 1912. In the cartoon, an English man with the English dress and an English woman with Burmese dress were dancing together. The cartoonist signed as ‘Monkey’ at below. At that time Burmese people called the British as ‘White Monkey’. The cartoonist might like that name.

In 1914, the second cartoon was seen on the same Christmas issue at Rangoon Time Newspaper. This time a 2nd chief officer of Railway station, he was called Martin Jones drew the cartoon. In the cartoon, a man tied around an injured part of the whole body was lying in bed at the hospital, and a doctor and his friend stood beside him. The doctor said, ‘If Indians fight, they use words. But between Burmans, swords.’ He simply drew what he saw. 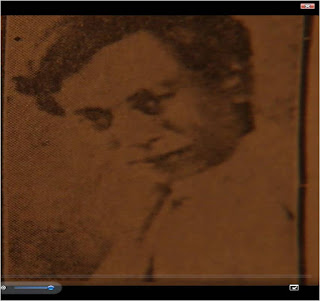 As the above story, we can say, ‘Monkey’ and ‘U Bagalay’ were fathers of Burmese cartoons. In 1988, a cartoonist, U Phay Thein gave a talk about the history of Burmese cartoon. His son published his speech as dvd for free charge to public. I got it from the family of U Phay Thein, and shared some information here. 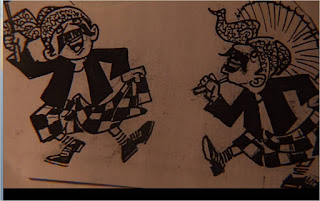 U Bagalay (1892-1945) (also known as Shwe Ta Lay) drew many political, and critic cartoons in his life time. He became an actor in 1920, and for 5 years he was famous as his own inspiration. He created Burmese traditional dance, ‘U Shwe Yoe’. It was still a popular dance, and was often held especially at Burmese traditional festival, and country fair. He was also a director, actor, and story-writer for movies. He held ‘Shwe Yoe Picture Cooperation’ in 1928. People liked his cartoons very much, because of his cartoons in English. He also was known as ‘Burmese (Myanmar) Charlie Chaplin’. He drew in English, that was because his fans liked his cartoons very much. 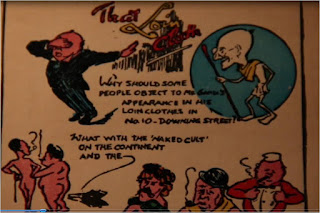 (U Bagalay’s one of his cartoons in English)