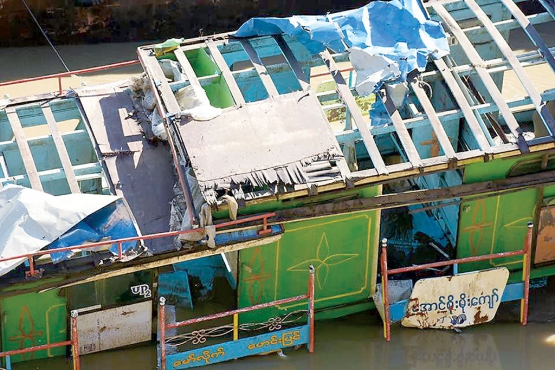 Junior Win – They Died with Their Boots On!

On the 15th October of 2016, the boat carrying about 300 passengers on board (the boat pecked over the legal limit), sank on 5:00 AM at Chindwon River in Burma. It was happened 10 days ago. On that day it was estimated that mostly university students, school teachers, workers, and doctors on the ferry.

(Alarmed to see such unsafe transportation for the people coastline.)

A report said that boat accidents are common in Burma. But people living along the nation’s coastline used to go by heavy ferry along with the system of poor maintained transport, and overcrowded vessel. They risked their life as soldiers at war. A total of 154 people were recused alive after the ferry disaster. Found 30 dead bodies by the rescuers. Sad to hear the tragic news told by the survivors lost their loved ones in the ferry crackdown.
After the dreadful accident the death toll reached 100 so far, still missing bodies remained. Family still waits along the Chindwon River whether their loved ones would be found in the strong river flow. People at coastline used such unsafe transportation although they felt it was a dangerous driving. Now they met a tragic disaster, and died with their boots on.