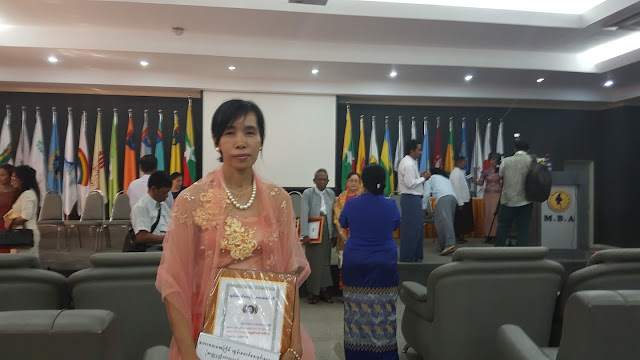 (On 18th February 2017, I was attending the Tun Foundation Literary Award Ceremony.)

The 11th Tun Foundation literary award ceremony was held on 18th February 2017 at the Myanmar Banks Association in Yankin Township, Yangon, Burma. Among those winning books, my book ‘A Memory of My Grandparents’ was awarded as biographic literary genre. 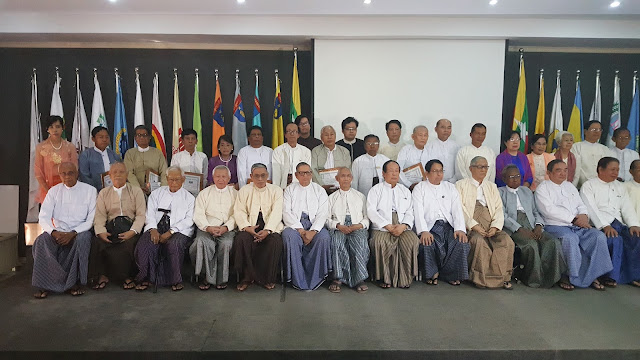 (Writers and scholars were celebrated for their achievements.)

The Tun Foundation was a private organization, donating various programming including the Literary Awards. The chairman was U Thein Tun who was the founder of the Tun Foundation Committee. The Literary Awards Programs were established since 2006. My translated book, Lewis Carroll’s Alice In Wonderland was my first winning book for the Children Literary Genre in 2008. So, ‘A Memory of My Grandparents’ was my second time winning the literature award. 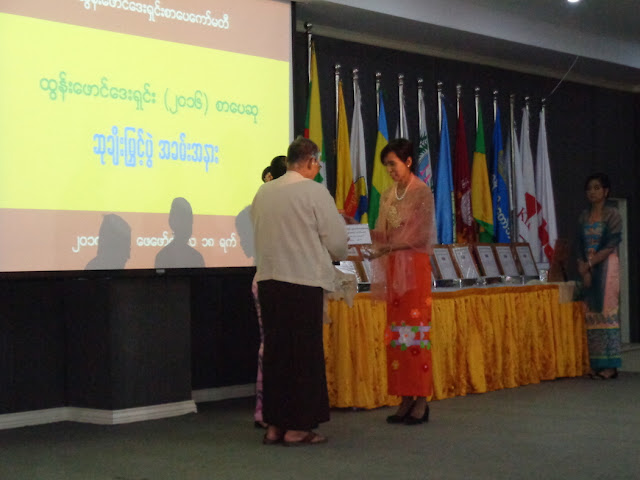 (I accepted the award on behalf of my family.)

This year, there were 15 books awards and four best manuscript awards from the committee of Tun Flundation literature lovers. On the 18th February of 2017, the awarding ceremony was held at the Myanmar Banks Association in Yankin Township, Yangon, Burma. Writers and scholars were celebrated for their achievements at the ceremony. 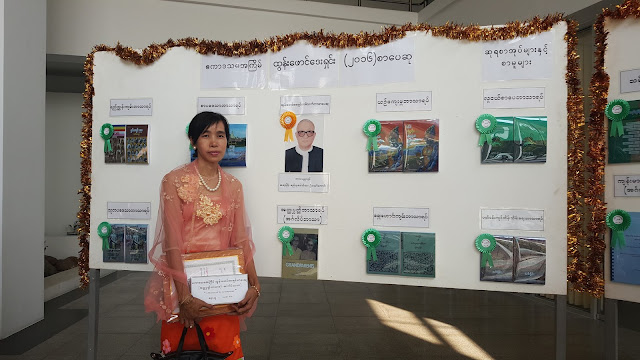 (At the front of the winning book covers board, I felt… miss you all, my dear loved ones.)

Without the help and encouragement of my parents, and my twin brother, I believe this book would never come out. Without the old memories of my grandparents, I could not do such a great work finished successfully. I missed them too. 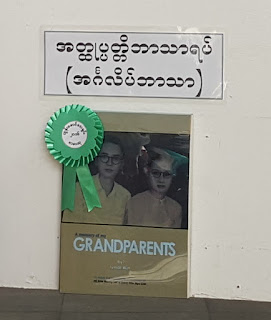 (Junior Win’s A Memory of My Grandparents)