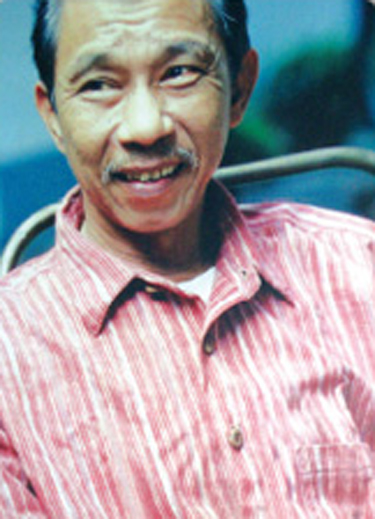 Our father is really extraordinary.He has been through life .He has done many things and there is no domain in the artistic field in which he has tried and has not been successful.To day , he is one of the most successful writers and movie directors in our country.

Father likes writing.For him,writing has become a passion.Writing is his life work. But he never tells his children to write.In fact,he never influenced his us in any way regarding our careers or our marriage.He used to say that when he dies,the only inheritence he will leave for us will be in the form of wisdom rather than physical richess.What kind of wisdom does he mean?  Well …..to say the least,as Francis Bacon put it , to weigh and consider.

Our father still writes and makes movies.But as I said,he made no influence on our choice of careers.Yet all five of us chose writing or movie making or both as our careers and make our own name in our chosen field.

Without trying to influence us in any way,our father had great influence on us,on our thinking, on what we do.It is said,according to our Culture, that there are three kinds of teacher , namely , those who teach us directly ,those whom we see and try to imitate, and those whom we hear and learn from their sayings.According this concept, of teacher,many great writers and movie directors including our father are our teachers.

My elder brother and I started helping our father when we were only seventh standard students.We did all kinds of jobs like holding the lights,giving signals and so on. Our father made us work.He said that all work is important and honourable.That is one of the first lessons we learned from our father.

Among the brothers,I was the first who entered the literary field.My first story appeared in the Shumawa magazine.My father was very happy.But he asked,”When you went and submitted that short story,did you tell the editor U Kyaw that you were my son?”
I answered, ”No,father.There is a department which accepts manuscripts.” to which father
replied , ”Good,good.I admire your effort, especially ………,not using my name.Don’t ever use my name, understand ?”

Later. his writings began appearing in various magazines.Only then.did he show us his work for comments.I asked,”Did you ever mention father’s name or mine?” He answered, ”Of course not.If that’s the only way to become a writer, I prefer never to become one myself.”

According to the Buddhist tradition,Waso , the fourth month of the Myanmar calendar which falls in the middle of July marks the beginning of the lenten season.It is a time for sobriety, self denial and religious contemplation.For us,the beginning and end of the lenten season is a time for family gathering and giving respect to parents and elders.As our mother has taught us, it is the tradition that the family has followed every year since childhood.

When we bestow gifts to elders,it is the usual custom on the part of the elders to give blessings and good wishes,but not our father.He simply says,”Good.Work hard….try harder.”

This year our father seemed happier than usual.It is because,I think,even the youngest son had made a name in the literary field.What is even more important is that father is finding more and more pleasure in writing.With these thoughts in mind,father smiled and said, ”Well,four of you have become writers.However,…..”he paused and then pointing to brother number three , said ”What about you ? When will you become a writer? ”

We all looked at brother number number three. We knew that father was just having fun,but on the face of number three there was a trace of inferiority . We all understood what number three had been doing all along.While the other four were concerned with only their own careers,  number three had been managing father’s movie business so that all others could go on with their own work without anxiety. His is a full time job,the one that denies him a chance to write. Besides,he is a reader without inclination for writing.

Father smiled and asked again,”Tell me son, when will you become a writer?”

Number three answered , ”But I am already a writer .”

”Really ?” said father ,”Why haven’t we read any of your work ?” to which number three answered,

”According to the dictionary meaning of ‘writer’, it means ‘one who writes’. Consequently, I am a writer and you have been reading my writings all the time.”

”The reports you have been reading every day regarding your business, all these are my
writings, don’t you see ?”

Father gave a big smile.He called number three to his side and gave him a big hug.