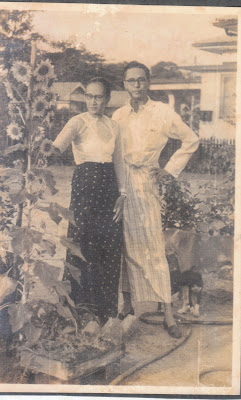 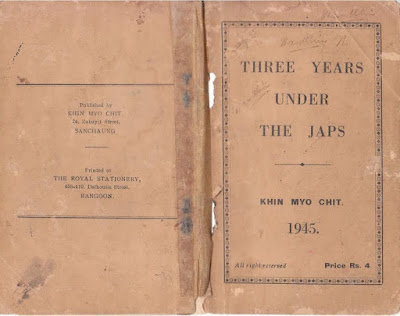 During wartime, they did not have constant home. At Sanchaung, Zabuyit street where they once lived for 2 or 3 years I used to hear from them. Their 4-year old son was waiting at the veranda his parents returned from work. They had not a photo of Zabuyit house. So, I did not know how their house looked like. 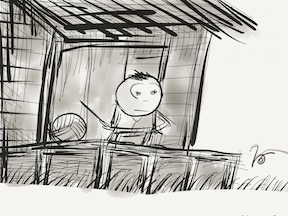 (Their 3-year old son waiting his parents in the late evening at Zabuyit house.)

Until I published a book; ‘A Memory of My Grandparents’ (2015), I had not have an idea to put a drawing of Zabutyit house. When I translated the book into Burmese, I asked my father how the house looked like. Then I had a draft drawing my father drew me of Zabuyit house, and I sent it to my twin brother, and he drew it in detail. 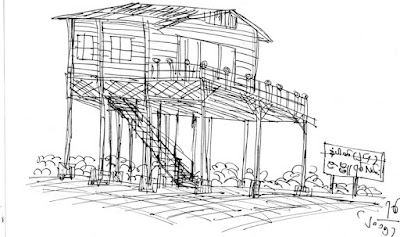 In 1950, they moved to ‘Aye-Yeik-Thar’ when their son had come to school going age. They had only one photo of ‘Aye-Yeik-Thar’ house. The photo was taken by my father. He said the person in the photo faced to the viewer standing at the corner of the house was my grandma; Khin Myo Chit. And the person who walking near grandma, with his two arms-across at his back, was a little brother of Ma Than Khin who was a good friend of my grandparents in wartime. 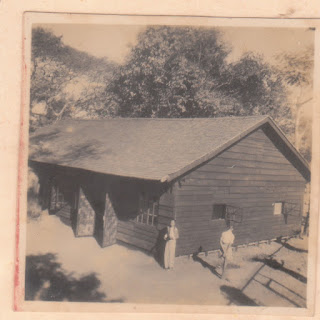 (Aye-Yeik-Thar, grandma was standing at the corner of the house.)

In 1955, they bought a plot of land at Hleedan. There they lived for 7 years until it was gone on fire. During 7 years, grandpa opened a tution house, and taught English. Grandma continued writing, and grandpa’s English classes became famous. They only have photos, which were taken interior of the Hleedan house. By the help of my father, and the drawing of my twin brother, I could add it in the biography of my grandparents. 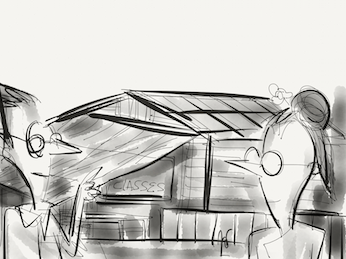 (Their Hleedan house before the fire struck.) 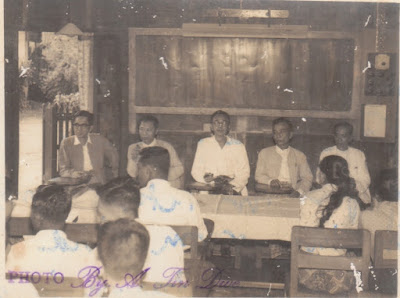 I knew the new Hleedan house very well. When I grew older, I became grandpa’s one of students at Hleedan tution. Now they we lived at Pyay-Yeik-Thar house where my grandparents lived for the rest of their life. 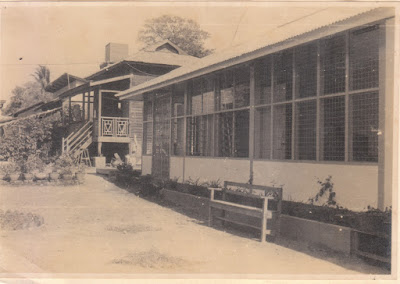 ← MOTHER AND THE PHOTOS by Nay Win Myint
SOMETIMES I LOSE, SOMETIMES SHE WINS by Kyu Kyu Thin →