‘Our histories are never dead to us, because we have never forgotten them.’ 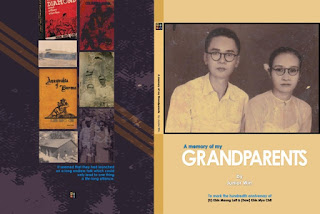 I wrote a book ‘A Memory of My Grandparents’ to held the hundredth anniversary of my grandparents in 2015. During my writing, my parents, and my twin brother helped, and encouraged my work to finish the book in time. We altogether searched old photos, and old documents at my grandparents’ cabinets.

I did not want to miss a single fact of the history of my grandparents. I tried my best to dig out their old memories from their olden, (but for me, golden) and I wanted to bring them all to public. 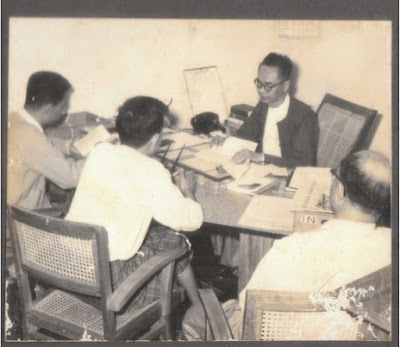 My grandpa, U Khin Maung Latt worked as a Chief Editor of The Working People’s Daily (WPD) between 1963, and 1968. When I was writing about my grandpa, I searched all the information in grandpa’s desk about The WPD during his days. I found old, and worn-out letters in grandpa’s files. I read one by one, and see that how hard grandpa worked as chief editor. Letters from all over Burma were precious, and priceless. Keeping in a safe file showed that how grandpa valued them. 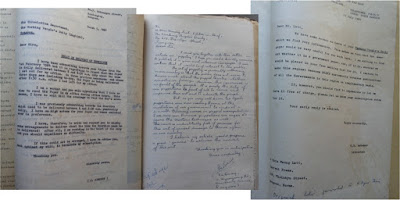 (Letters to the Chief Editor; U Khin Maung Latt.)

I tried to express grandpa’s work at The WPD as much as I could in my book. Grandma also worked as editor at The WPD with grandpa. I could imagine how hard they two worked, and faced the unfair relation between powerful politicians, and the others. Finally they both decided to quit from their posts, for they did not want to see the government newspaper The WPD was suppressed by the government itself.

← In Defense of Buddhism and the Immigration Problems in our Country By Kyaw Lat
RABBIT UNDER THE TREE by Dr. Khin Maung Win (Math) →