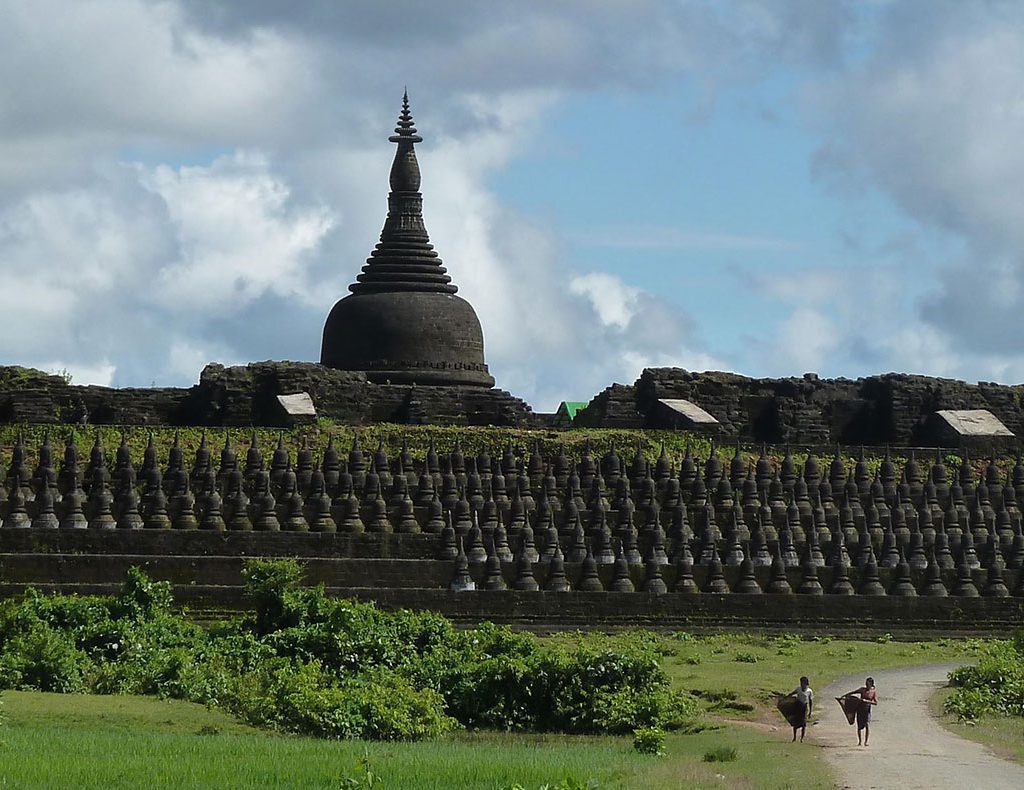 With the concept and conviction that the world’s major religions must have some positive contributions to the humanity, I have been studying other world’s major religions in the recent years. In the modern media such as YouTube, as well as in the recent publications, I come across several debates and discussions on religion, what the religions have contributed to the human society in positive and in negative ways. Many of such debates in the western media are open and frank, in contrary to our way of upbringing that “one should not discuss about religion”. Many of such debates and research works also address the issues of religious extremism and religious fundamentalism; which have become serious threat to the world since about 20 years and the issues that the European countries are facing as the result of the current migration crises.

In most of these debates and discussions, many of the scholars and the leaders of the respective religions criticize and defend amenably each side by using the relevant teachings and the scriptures, as well as the historical deeds and conducts of the followers of the corresponding religions, but also comparing with other religions such as Buddhism. Concerning Buddhism, most writings and the most debate-participants, can only express amicable opinion, since Buddhism has no place for violence and belligerency in the teachings as well as in the historic actions which resulted or stimulated from the teachings. However, during such hot debates, just to show that the religious extremism and terrorist attacks exist and prevalent also in other religions, such terms like “Buddhist Extremists, Religious Conflicts in Myanmar, Karma and the Killings, “etc. are also used to indicate that we, though in a Buddhist country, also have such behaviours and conducts.

As a person of academia, I surely have no suggestions for ways and means to solve our dilemma and predicament which our nation has inherited from the events of 19th and 20th centuries, however as a Buddhist I certainly have objections to the fallacy and the mistakes of these expressions. My straight forward reason for the denial and repudiation is that “the problems our country is facing are connected with immigration and legal matters; and these are not by any means associated with religion.” I shall strengthen this statement with concrete data.

It is the historical fact that the areas of Rakhine Kingdom, before it was integrated into the rest of Myanmar Kingdom in 1785, covered the Chittagong District and the Chittagong Hill Tracts, presently in Bangladesh. For this reason, from around 160 000 population of Chittagong Hill Tract, 48% are Theravada Buddhists according to 2011 Bangladesh census and the existence of three semi-autonomous regions within Bangladesh, by the names Khagrachari, Rangamati and Bandarban.(1) Among the Buddhist community of Chittagong Hill Tracts, a large percentage are Marma ethnic group, the decedents of Bago-Hanthawaddy dynasty of the 16th century. (The detail history can be studied in the relevant literature)

The latest data received from several media is that there are between 1 and 1.3 million Bengali-Muslims in Sittwe District, in addition to around 1 million living abroad in 2014; this totals to around 2.3 million of so called Rohingya population. (2) This implies that the so called Rohingya increased to over 9-fold between 1931 and 2014, whereas the Sittwe District population itself grew to 1.8 folds during the same period. This discrepancy and the inconsistency can only be derived from the obvious reason of immigration from other regions.

Table showing: – Population changes in Sittwe District and Bengali-Muslim population of the District.

Source: The respective census data. (Sittwe District population is calculated with 9 townships as in the British time, these include Sittwe, Ponnagyun, Pauktaw, Yathedaung, Mrauk U, Kyauktaw, Minbwa, Maungtaw and Bothidaung, the present Sub-Township Taungpyoletwe formally was a part of Maungtaw)

Concerning the term Rohingya, the issue on whether they are indigenous race or not, this term was not known and not used even by the Bengali-Muslims themselves until the late 1950s. The British administration was exact and systematic; starting from 1872, the decadal census was carried out with exact race, religion, indigenous or foreign; as for example, the Indian population were divided in 9 groups, the Chinese in 5, etc. and collected in all townships; there was no mention of this race called Rohingya. Another publication on indigenous races in Myanmar is a book by Major C.M. Enriquez, “Races of Burma, published 1931” (3), where he counted all national races in Myanmar up to the minute details of the look, physical stature and even the mentality of national races in Myanmar; in this book also the name of this race was never mentioned.

Concerning the linguistic affiliation, I dedicated myself considerably about the languages and people of this region from the time when I lived in these regions in the 1980s while working for the “United Nations Centre for Human Settlements, Habitat”. One of my assignments was the planning of Ramu region. (Ramu is an Upazila, sub region in Coxes Bazar District, the Myanmar name is Pan Wa, the location for Pan Wa battle during the first Anglo-Burmese wars) The Bengalis in Sittwe District speak a kind of Bengali dialect, the same as in Ramu and in Coxes Bazar areas, a branch of Chittagong-Bengali dialect, considerably different from the Radio/Television Bengali. This dialect is spoken by the Buddhist, Muslim and Hindu-Bengalis of these areas. The Buddhist-Bengalis from these areas usually have family names like “Barua”, the usual surnames of Hindu-Bengalis are “Chakrabarti,” and the Muslim-Bengalis normally have Arabic/ Islamic names. The Bengali population with three different faiths are found in these regions, on Myanmar sides as well as in Bangladesh, they all speak the same dialect, whereas the educated people can also speak the Radio/Television language.

The true fact is that this term, Rohingya, was not well spread and not even used by most of the ordinary Muslim-Bengalis. I have tested myself several times during my stay in these areas in the 1980s and also later on during my official duties in Rakhine State in the 1990s. Being asked, what is your ethnicity, (What is your Lu Myo) they immediately answer “Bengali”. This term “Rohingya” was simply invented by the educated upper class Muslims of this area. Also it is not logical for any group of people to have such name as “Rohin” since simply is the term used in Bangali language for Rakhine.

The serious animosities in Rakhine started already during the Second World War connected with the endeavours of the separation of Pakistan from India. Bengali-Muslims received weapons from the retreating British army as one of the supportive measures to fight the incoming Japanese. In March 1942, there were killings by both sides in the northern Rakhine state, in Minbya and Mrauk-U Townships.(4) After the war, the Muslim leaders of Rakhine founded ““Arakan Muslim League” in Sittwe and contacted to Muhammad Ali Jinnah, the founder of Pakistan, asked for his assistance in incorporating the Mayu region to Pakistan. The proposal was turned down and never initiated by Jinnah since this would mean interference into the matters of the neighbouring country;(5) Jinnah also mentioned about this matter to General Aung San during the meeting with Gen. Aung San in 1947 while on his way to England for negotiations for independence. (6) Shortly afterwards, some of Sittwe Muslims started rebel organization with the name of “Muja-Hid” already before the time of Myanmar’s Independence in January 1948. (7) These were the main points in short, proving that the issues and the problems are immigration, later on resulted to the undertakings for separation.

To defend the accusations that these are the religious conflicts, Buddha in his life, as prince Siddhartha or afterwards as Buddha Gautama, never hold a sword or any kind of weapon in his hand. There are several verses in the Sutta Pitika, concerning hatred and vengeance, all his teachings and actions are based on tolerance rather than “fight back”. Buddha was once in a battlefield, when the armies of the two states, Shakyas and Kolis were about to start a war over the water usage of Rohni River that ran between Kapilayastu and Koli. Buddha engaged himself between the two armies and asked two warring parties to consider and compare the value of water and that of human blood. This convincing argument ended the matter.

The followings are a few of Buddha’s teachings concerning war and hatred.

Hatred is never appeased by hatred in this world, by non-hatred alone is hatred appeased. This a law eternal.

Happy indeed we live, friendly amidst the hostile. Amidst hostile men we dwell free from hatred

Victory begets enmity, the defeated dwell in pain. Happily, the peaceful live, discarding both victory and defeat (From Dhammapada, Verses 5, 197 and 201, from the text translated by Acharya Buddharakkhita)