What is New Maths ?

New Maths is the kind of Maths that lays emphasis on reasoning and thinking.

Who invented New Maths and when ?

It may come as as a surprise to know that New Maths is not so new as the name suggests,for the founders of New Maths are the ancient Greeks of 2500 years ago.We may thus say that the name ‘new’ is a mis -nomer.The founders of New Maths are the ancient Greeks mathematicians,Thales , ,Pythagoras ,Zeno , Eudoxus , Euclid and Archimedes .Not only are they the founders, but also what they have invented is still taught today as they have invented with little modification by the modern mathematicians.

Before discussing New Maths, I think it will be advisable to give a brief history of Mathematics itself.We may say that Mathematics began when man learned to count which is a very long time ago.There is evidence showing that Arithmetic and Algebra were used by Egyptians in 3000 BC.Geometry was used Babylonians in 2000 BC , as well as by Egyptians in the building of pyramids.

In 600 BC ,a Greek trader named Thales used the principle of similar triangles to determine the height of buildings.This,as far as we , was how Trigonometry was invented,under the name of the art of indirect measurement.

Thales also saw the importance of logical reasoning in Mathematics,which in fact is what New Maths is basically all about.

The triangle with sides 3,4,5 is of historical interest although we do not know when or who discovered that such a triangle is right angled.We have an idea that it must be a very long time ago indeed.

The fact that in any right angled triangle triangle, the sum of the square on the hypotenuse is equal to the sumof the squares on the other two sides is known as Pythagoras Theorem although it was not really Pythagoras who first discovered it.But he was known as the first to give a formal proof of it.Pythagoras also founded the first mathematical association.

Euclid applied the method of assembling the known facts and finding the relationship between them taught by Thales, and the method of proof taught by Pythagoras effectively, reorganised and rewrote all that was known about Geometry, to become what is being taught in schools today. 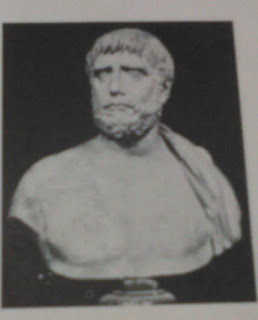 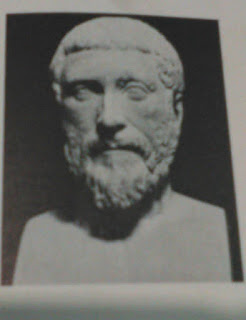 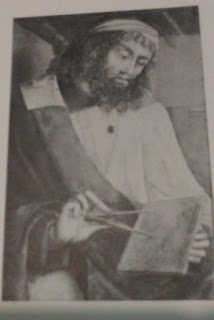 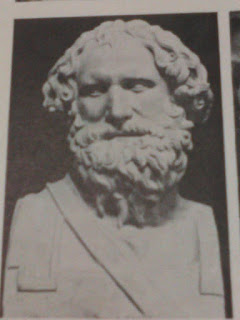 The one who combined theory and practice was Archimedes,who is still regarded as the greatest scientist of them all. when Romans attacked his home town Syracuse,Archimedes combined his knowledge of Physics and Mathematics to construct defensive weapons weapons against the enemy.

Without Archimedes,the town could not have lasted more than three months.Syracuse held the Roman armies at bay for three years from 215 to 212 BC.Historically,the exploits of Archimedes have been recorded in Plutarch’s Lives,in the biography of Roman general Marcellus who led the attack on Syracuse.At long last,Archimedes was killed and his death ended the age of knowledge which could not be reborn until after 1700 years.