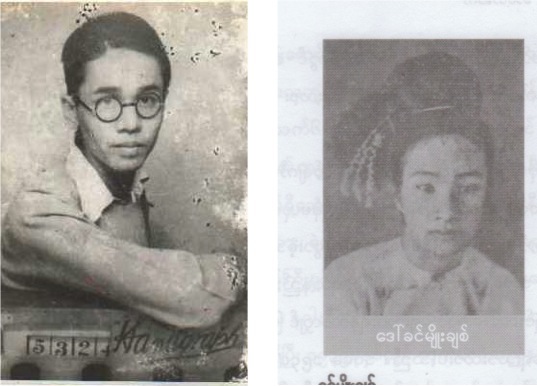 My grandparents always told us about their wartime life, and how they struggled in hard time. I listened what they said to us, but I had no intention to take a note, or kept in my memory. I thought those things were not important to me.

When my grandpa passed away, I stayed near grandma most of the time, and read some novels or poems that grandma wanted to hear. Grandma recalled the memory of grandpa when they had a free, and struggled life. At that time, I was starting to write some article at the magazine in Burmese. I had an idea that writing about them in my article seemed interesting. Luckily, I had a chance to ask my grandma in detail, and noted down at my book.

Grandpa chose his education rather than his work at the government office. When he worked at the Civil Supplied Office, and his salary increased to 500 kyats, he quit from the work for the reason that he did not have much time to study. He wanted to do continuing B.A degree to the end. 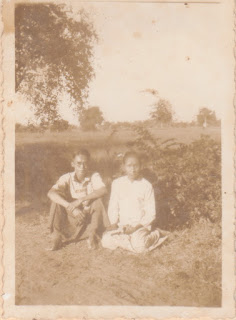 When he finished his B.A degree in 1947, grandpa joined the English Department of the University of Rangoon, and worked as a tutor. He continued to study his Master degree. Grandma helped grandpa’s study, and they both learnt English literature. But she had no intention to do for her education. Grandma said at that time grandpa studied his degree; she had an idea that she should finish for her B.A degree too. 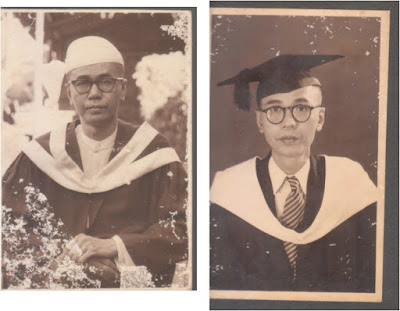 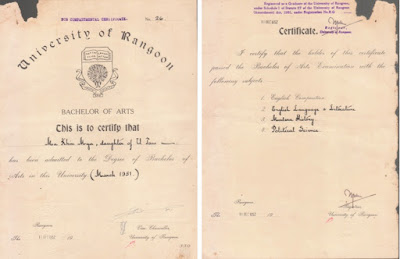 Grandpa finally got his M.A degree in 1951, and grandma got her B.A in the same year. Because of their life in wartime, and passing through their poor life, they both obtained their degree after they were married, and had a son. 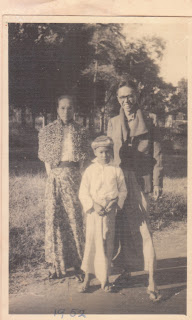 (After they both married and had a son, continued their education.)