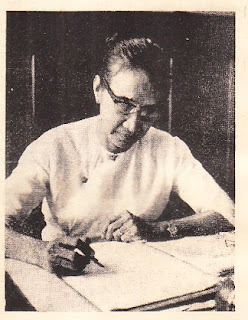 Grandma’s one of her translated works; Dennis Wheatley’s Strange Conflict I read many times with excitement. At that time, I had not read the original yet. I only read grandma’s Burmese translation. 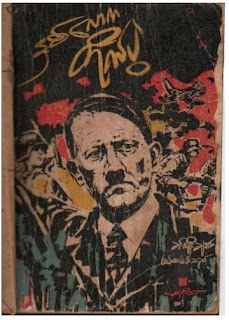 Grandma introduced the book that she loved detective stories although she could not write herself. Translating their stories meant transforming theirs into hers. I was agreed what she said on her introduction. She translated Dennis Wheatley’s Strange Conflict into Burmese, because she liked detective, and horror story. But she could not create the story herself.

Then I searched the Dennis Wheatley’s Strange Conflict at our bookshelves. It was difficult to find it easily. Books were kept everywhere. She said it might be very old, and pages worn-out. Luckily, I found it after a month. 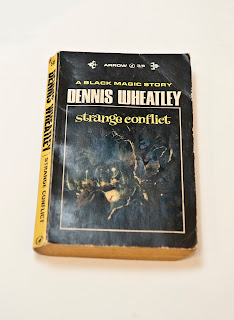 Then, I read the original thoroughly, and compared with the grandma’s translation. It’s awesome! Grandma transformed the whole book into hers. But the sense of the original was not disappeared. Her appreciation of the book found in her writing. I also feel that she devoured the original very well, and I see how she loved the book: Strange Conflict.

Grandma was satisfied my impression on it. She said she read all of Dennis Wheatley, and she became aware of writer’s touching, and his style of writings. Later she chose her favorite, and decided to translate it.