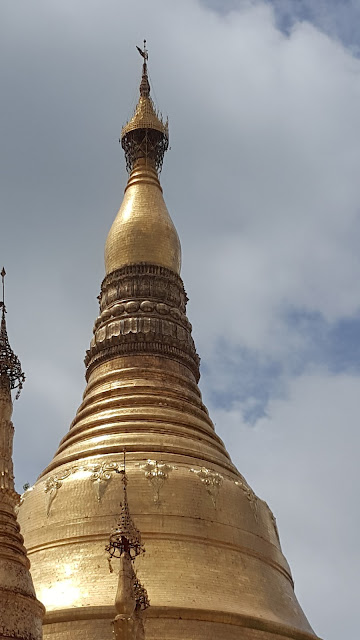 (Shwedagon Pagoda.)
Today I went to the Shwedagon Pagoda with my aunt, and paid respect at the foot of the pagoda. Before we left I saw a long queue represented the showing of the novitiation ceremony. It was one of the traditions of giving respect. Everybody around was excited to see them, and could not help saying ‘Well done’ three times. 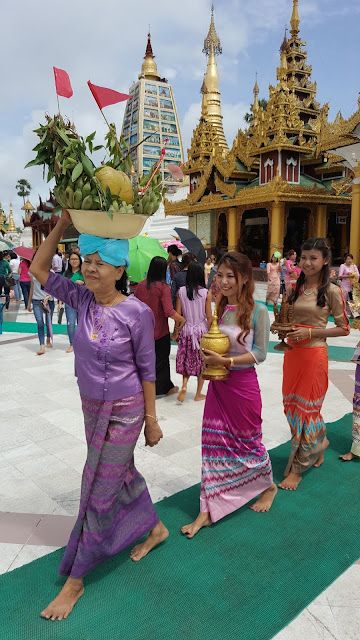 (The first lady carried a tray of offerings; green coconuts with a long stem, bananas, Thapyay (Eugenia) leaves, and colorful things (the eternal items in all family rituals) on her head. She played a very important part in this ceremony. The tray seemed heavy! (Look at her face!) (A strong man should do it instead of her! I think.) 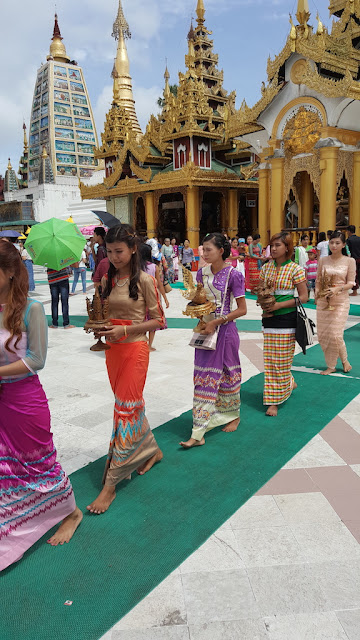 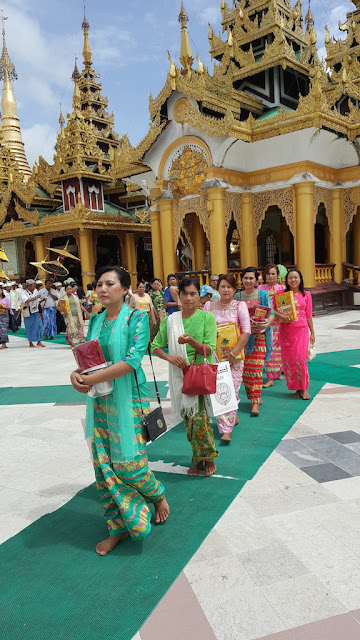 (They did not care the hot sun.) 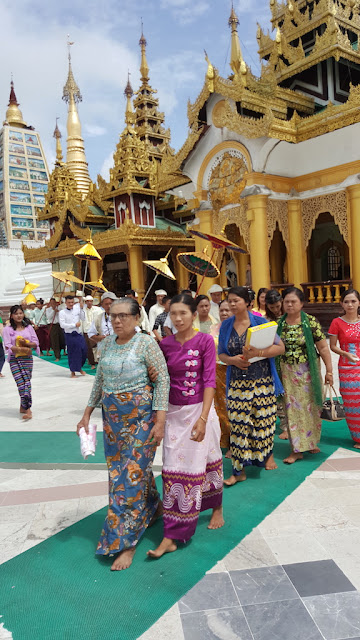 (The old lady might be a head of the family; grandma or mother of one of ‘becoming monks’) 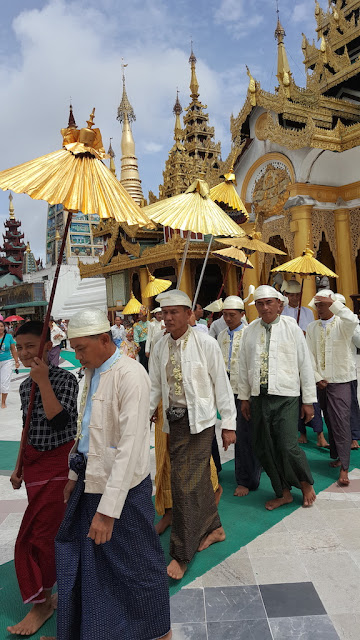 (They are ‘becoming monks’.) 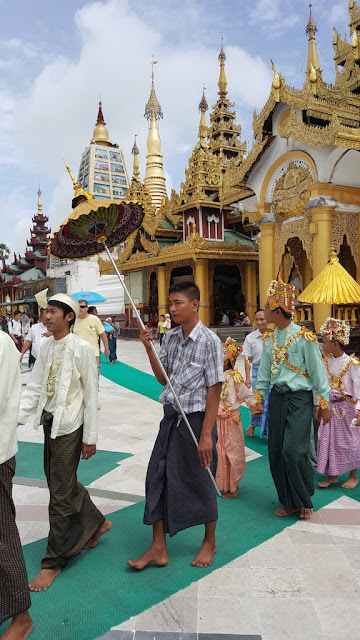 (Men with Khaung Paung (Man Wearing Burmese traditional cap), and boys (with princely dress), would be monks, and novices before long.)
For the Buddhist, the scene we saw was fully aware that. But for the non-Burmese reader, it was called the novitiation (becoming monks) ceremony. Women, and girls might be relatives (mothers, aunts, or sisters, or wives, etc) to the men, and boys (‘becoming monks’). Women, and girls in Burmese traditional style, seemed pleased, and happy, were leading the train. Men wore a Burmese traditional dress, and boys with princely robes, before heads shave, were walking behind ladies. Some volunteers (they might also be their relatives, and friends) hold their gold umbrellas to protect ‘future monks, and novices’ from the sunshine. They planned to walk as keeping the Shwedagon pagoda on the right side in the way of complete circling the pagoda. They would later take them to the monastery, and put under the care of monks. 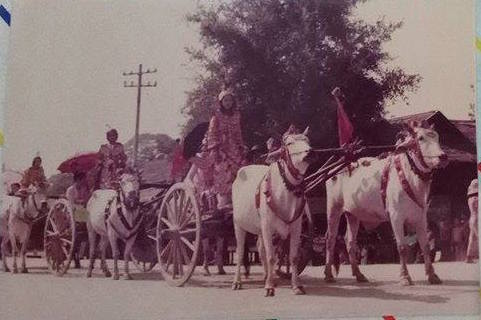 (Novitiation ceremony at the country ritual. The cows pulled proudly in the family traditional style. Becoming novices stood on the chariots with princely robe.) 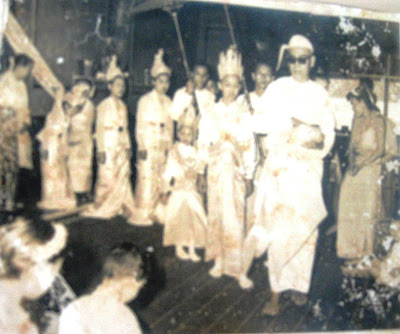 (Novitiation ceremony held at my maternal grandparents’ house around 1950. Their sons becoming novices, daughters wearing the old Burmese court dress, and diamond ornament.)
The occasion I represented above was not always necessary. All the Buddhists families could not afford to do such a big ceremony. The novitiation ceremony can be simply done among relatives, and a few closed friends to come, and to witness at the monastery, and complete on the monks only. Parents had to put their son to receive the necessary instruction, and the boy was led to the monk, and after a few noble steps, the boy became a novice in yellow robe. 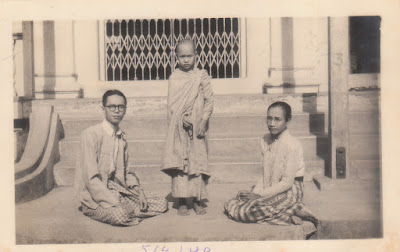 (My grandparents made their only son’s novitiation at the monastery.)