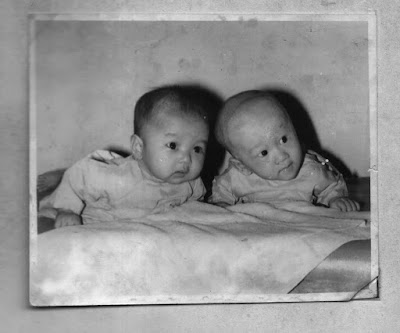 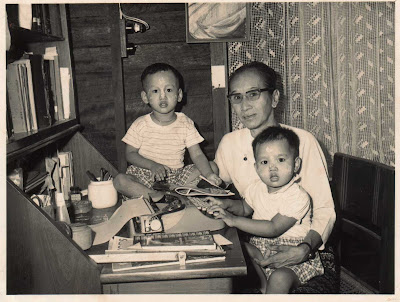 Let’s hear what would happen in the family in the year we were born. Our mother missed her last day of the final examination of the B.Com 2nd Year Degree in the year of 1968, because she was at the hospital giving birth to us. She always recalled the memory that she sat her final test at the hospital before giving birth. If the twins could wait for one more day, she would pass the examination.

. At that time, grandpa, and grandma still worked at The Working People’s Daily (WPD) as Chief editor, and assistant editor respectively. When they saw the unfair relation between the powerful politicians and the others, grandma wrote about it in one of her articles called ‘Dandruff in my Halo’. In the meantime, grandpa had a meeting with the government medias about the freedom of press, and conflict between the chief members. Before long grandpa and grandma decided to quit from their posts. It all happened in the year 1968.

In spite of those happenings which seemed misfortune to the family, our father was sent to France in the July of 1968 to get his Ph.D from a French University in Mathematics for two years, and mother continued her final economics at Rangoon Institute of Economics. My father obtained the Ph.D (Mathematics) in France in 1970, and worked as an assistant lecturer at Mathematics department in the Rangoon University. Mother got her B.Com in 1969. She always said that she preferred staying at home and looked after her twins. She took care us since we were born, and also to her in-laws as her parents for the rest of her life. I later understood that to take care the children when they were born was the difficult decision for a woman of her young age. 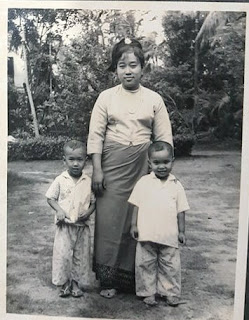 (Our mother took care us since we were born.)

Thank you, mother. I always remember for your kind, and big regards. I miss you always.

← LAND AGAINST THE TERRORISTS by Aung Way
HOW DECEMBER BECAME THE TWELFTH MONTH OF THE SEASON By Dr. Khin Maung Win (Math) →