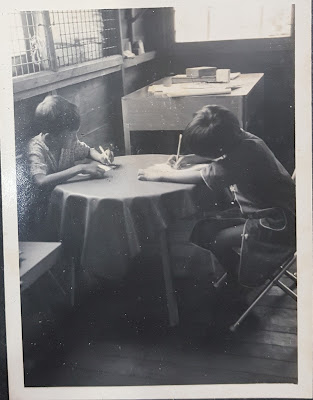 (We missed our grandparents when we were at Basin. We wrote letters once per week to grandpa, and grandma.)

In the 7th July of 1975, the monstrous cyclone hit Basin while we were staying in the Basin University Campus. After storm, all the electricity was out, and water became polluted, it would shortly harm our health. My father quit his work by his parents’ wish, and prepared to return Rangoon. Difficult to have tickets for Basin-Rangoon liner, but by the help of maternal grandpa who once worked as a Chairman at I.W.T (Inland Water Transportation), we easily got tickets to back home.

The sad thing was when the Principal of Basin University, Takatho Phone Naing (famous Burmese novelist) asked my father for remaining at Basin for the sake of his long services. He took care us like our grandfather during more than 2 years of our stay. His family, and we became closed friends, and lived as families. My parents had a long talk with him, and later he accepted unwillingly for our leaving. 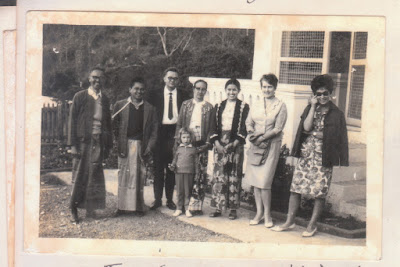 When we arrived Rangoon, we were in the mid-term of the third-grade . Grandpa tried to ask the Principal of Teacher Training School (TTC) (Kamayut Township) to accept his grandchildren. But we were not accepted. No school accepted new students in the half-term. But a friend of grandpa who was a Principal of Saint-Augustine School, understood the recent situation, and was willing to accept us. We made new friends, and had fun there. The problem was we had no lectures, and textbook. My parents borrowed books from our new friends, and copied them all. At that time, photocopiers were not invented yet. Grandma helped us how to memorize dates, and years in History. She rewrote paragraphs into short form. By the help of our family, we passed our third-grade. 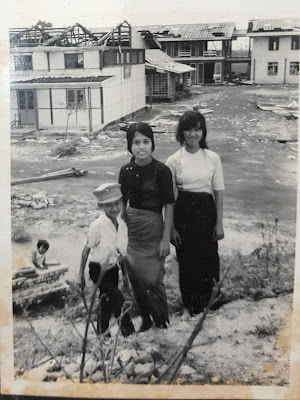 (We took photos of Basin after the cyclone.)

When we were at 4th standard (fourth-grade), although the Principal wished us to continue to study for the next years at her school, grandpa quit us from Saint Augustine School. He thanked to the Principal for accepting us in the difficult time. He gave the reason that the location of the school was very far away from home. Grandpa received an entrance for us from the TTC. TTC was very closed to our house. We met new friends again, and we forgot all the friends behind, and happy there. We attended from the 4th standard (fourth-grade) to the 10th standard (tenth- grade) at TTC for 7 years, but as for me, 8 years!