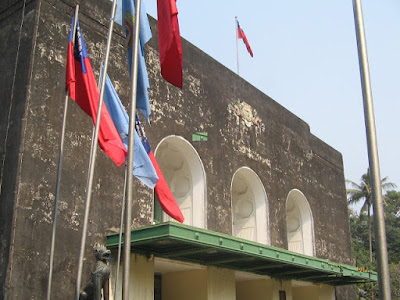 The Universities, and Institutes reopened in 1991 after three years closing. The teaching times also were reduced to be shorter except for Engineering, Medical and Master degrees. So, I would have to study for 3 years from now on to get the Master degree at the University of Rangoon. But for the other degrees, a student could get a degree in a year or 2 years. So, the students who gained their degree in a short time and they never lost the time of the past as far as getting the degree was concerned. It went on until the education system became normal. So, the aim of our education is no longer for knowledge but to get a degree only.

I noticed that I could easily learn Physics more easily than before. I soon realized that learning English from my grandparents for three years gave me best knowledge. I felt thankful to my grandparents. I could understand all the questions in Physics, and I did not need to memorize by heart without understanding them.

I studied day and night in my University life. I did all the exercises. I also searched further problems in the library to prepare for the unseen questions. I carefully learnt basic mathematical theories from my father. What I learned from my father, unfortunately were of no use at all for my academic career. 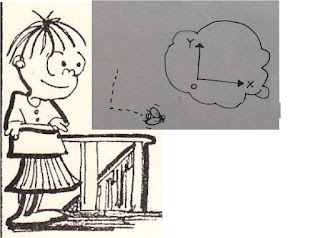 (I have a good imagination in mathematics.) (Illustrated by Maung Yit)

I could easily solve the mathematical problems. I took many hours calculating one problem by thorough studying. I did not want to memorize by heart without understand them. For the examination, I was through memorizing and repeating things that I did now understand from my hard studies. I kept all the notes I learnt from the whole year. I decided that one day I would become a teacher at the University, and I would teach my students what I had learnt, and I believed they would never be difficult in their studies like me at their University life.

Here, to talk about ambition but I did not know what it really meant so I asked myself to be a tutor in the University could judge my life to go on in better mean.