COUNTING , THE MOST PRIMITIVE ART

Even before man learned to write,he had to know how to count.Prehistoric man had to learn to count and would use their fingers or stones to help them.They probably made strokes on the walls one stroke for one ,two strokes for two , and so on .

Even the primitive way of marking numbers or with a few modifications as in figure two may become useful today. 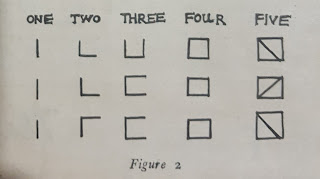 For example,look at the picture in figure one. 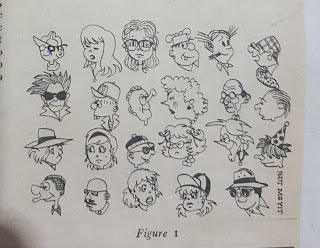 In this picture,you will find some persons , male, female, some wearing glasses , some with hats . 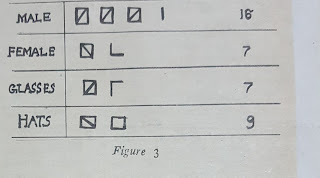