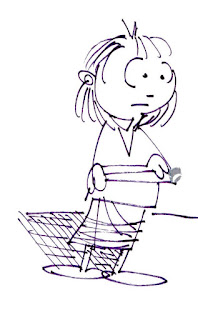 My life in the University was mixed with joy, and disappointments. I admitted that I was as happy as a free bird in the University however I was followed by the shadow of the state of being a daughter of the mathematician. I tried my best to study hard, and to be a good student in Mathematics. My friends always said that I could understand the problems easily because my father was a mathematician, and associated professor. They also said that I could do well in English, because my grandparents were English teacher, and writers. Sometimes I missed my childhood life. If I was still a stupid girl, I wondered how they judged me.

One day, I had a paper to talk in public as an honor student before the professors. My paper was written simply by the instruction of my father. My father said I had to write and talk simply. He added even who did not know about mathematics could understand my paper. He gave an example that my paper could make understand our washerwoman (who did not know mathematics well) if she listened my talk. 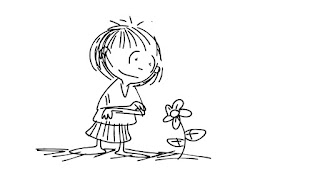 (‘If you can’t explain it simply, you don’t understand it well enough’ – Albert Einstein.) (Drawn by Maung Yit.)

On the day of the seminar, each student talked of their subjects to the audience. My paper aroused the curiosity of the listeners. It was because of my simple explanation and simple writing of my paper. Others papers were different from me. They wrote their papers difficultly. After they had finished their turn, no one dare to question them. They were impressed. The professors were impressed by their papers too. But I could not get good impression from the professors even from the public.

“Let’s think of the simple things.

Let’s begin with the simple things.

Hold on first, to the simple things….

and always keep in mind that the simple things,

Oh! what an ironie, are very often, like the diamond

the most difficult to find.”

(This poem was come from French Poem. It was translated into English. Poem said simplest things are like the diamonds, the most difficult to find.) 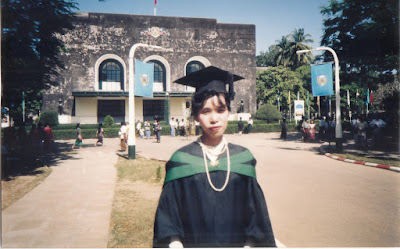 In 1993, I passed B.Sc (Honors) (Maths) with Second Class, Division B, which was the minimum requirement for attending M.Sc (Maths). After 2 years, I was attending the graduation of B.Sc Honors (Maths) Degree in 1995 at the Convocation Hall at the Rangoon University. I was now allowed to attend the Master classes. My goal for sitting the Thesis Defence to public was nearer. I now was on the half-way of the road. There would be at least 5 years more to wait. I had to be patient, and work hard. Say whatever they want or criticize as far as they could, they would see me on the day of my Thesis Defence.