I would rather fail the Master exam than passing under the condition I do not like.

How could I face my friends who thought I got through the viva examination so lightly, without being asked a single question? Or, was I too sensitive? Who would understand me? If my uncles asked me; Junior, ‘how’s your viva examination?’ What shall I say? Was I possible that I was not normal? Will the psychologists say that I was something phobia? If my aunt asked me, ‘How many questions did you meet on your thesis defence today?’

Let me count on the memory of my readers, they would remember the incident when I was in the 5th standard. The teacher asked me a question, but before I could give the answer, someone in front gave the correct answer. It was not so loud, but both the teacher and I and my friends around me could hear it. So I answered nothing. I thought that if I answered, the teacher would think that I was simply repeating what I just heard. The teacher asked again. Still, I answered nothing. At that time, I could have made known what I felt and told the teacher to ask another question, since the question had been answered by someone else. But, now…….It’s the same situation. Only the time and place have changed. 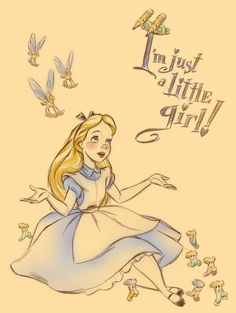 I should have asked the examiners to ask me questions or to sit for my thesis defence again. I hoped it might not be too late. No sooner the idea struck me than I said my father what I do next. He said, ‘It’s not too late to ask for another thesis defence.’ My mother also agreed with me. She encouraged me and said that I could make a demand for another thesis defence. I did not know if my request would be met. But still, it’s within my right to make the demand and it’s within the professor’s right to refuse. It’s possible that no one will even understand my feelings.

I went to see the professor next morning. He was at his office. He hoped to see me that I was here to submit my thesis on his desk. I asked him giving another chance to defend my thesis. He was so surprised to hear my demand. He said angrily to me that it was only the board of examiners who made such a decision, and that happened in very rare case in which the performance of the candidate is so unsatisfactory that they could not give him or her the degree. In my case, he continued, ‘We have already given you the degree, although the result has not been announced officially. If you are not satisfied with the grading, you can make the complaints after the result is announced.’ But it would not change my result. He repeated again that I must wait till the result is announced and what I knew at present was not official. He only considered when he received my thesis and, would sign on it and submit to the exam board committee. 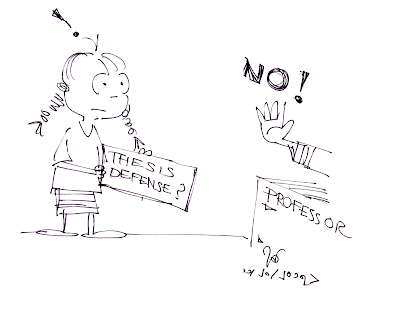 I said to him that I had no complaint about the result. It was the way the viva examination was conducted. I was not even asked a single question. He laughed at me and said that that’s silly. I was the only one who complained because there were no questions asked. This viva examination is the only chance to show my real ability. Without asking questions, it’s as if there was no viva examination at all.

‘Purposely of otherwise, you failed to collect enough data to make a true judgement of my thesis. It’s what my grandma calls ‘sin of omission’. That is why I ask for another chance to defend my thesis. As it happen, you judge my thesis only according to the way the full stops, commas, small and capital letter has been used, and that all you discussed with my father (supervisor) about my thesis. It’s like a judge who passes judgement without complete evidence, but only according to his own prejudice.’

I had never been angry like that before. The professor was angry too. He shouted and said that I was trespassing the domain where I do not belong. It was surely, he said, within the rights of the examiners to conduct the viva examination in any way what they see it fit. He remarked that I was asking is controversial to the regulation. Lastly I said I would never submit my thesis to him and I also said I would give up my Master degree. But I still insisted to do my thesis defence again.

Finally he gave me another chance, but not in the form of another thesis defence. I could give a seminar within a week. He gave me a chance to choose a date. He would put on a notice to that effect and gave me a room for giving seminar in his department. No more or no less, it was at least he (the professor) could allow under his authority.

Well. It’s better than nothing. This time, just putting on a notice will not be enough. I will send invitations to other Institutes as well.