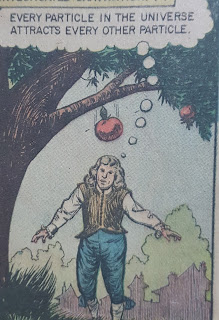 (Newton and the falling apple)

Comprehensibility and credibility may be two qualities which make some stories remembered.

Look at the story of Newton and the falling apple. Suppose it was told , which is the truth, that the universal law of gravitation came out of the discussions between Newton and the astronomer Edmund Halley about Kepler’s laws of planetary motion.Then no ordinary layman will remember the story because the names are too much of a mouthful to absorb.

The story is told that when Newton saw the falling apple he concluded that every particle in the universe attracts every other particle.That , in short , is the law of gravitation in layman’s terms.