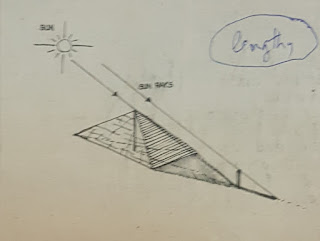 Although theory behind the story is a hundred percent sound, I cannot imagine how the great pyramid could cast a shadow as lengthy as its height and how the length of the shadow could be measured.