we use multiplication as well,the number will be

considerably reduced.This can be seen from the

story of U Lu Aye and his wife.

the piece of news became known to more than

based on the following assumptions show how it

is possible travelling from person to person basis.

of news to two persons within ten minutes.Let us

suppose further that each of the persons who 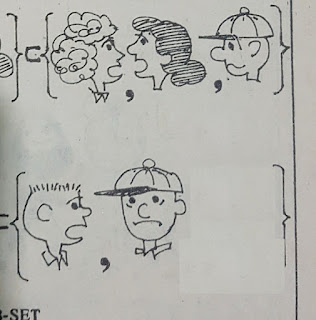 Now, let us make a table showing the number

of additional persons who heard the news. 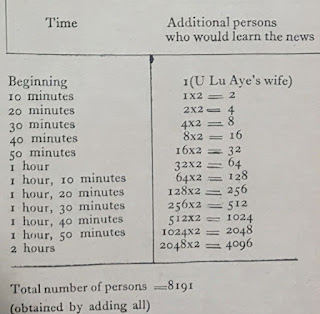