A Memory of My Grandparents (Sequel) -A Journey of Two Travellers

A Journey of Two Travellers 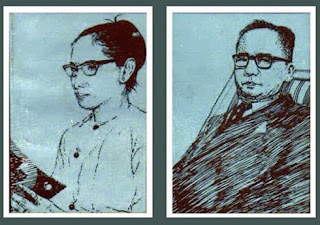 They were on a long journey. Their aim was to seek knowledge seriously, but happily. The book, ‘To be a good student in English, and The Benefit of the Library’ was written by my grandparents in Burmese in 1979. It was an adventure booklet of eighty pages. They both were born in 1915 and passed through a hard, and wartime life. Their childhood education might be started at National School. Finally, grandpa chose his life as an English teacher, grandma, a writer; a peaceful and quiet life. They never forgot teachers at National School for giving them courage to choose their life right, and happy.
About the Book
My grandparents decided to write about the National School. At that time their life was settled and had a peaceful life. They said they had to speak out their experiences of learning at National School during 1920-1930 because their writings might be useful or give examples to all the young people like their grandchildren who loved to seek knowledge, and live in happy life.
The title embraced two topics; To be a good student in English, and The benefit of the Library. The first was written by my grandfather, and the latter, my grandmother. However two titles might have different purposes, they both wrote about the National School. It might be their experiences of being a student at National School. Or it might be their journey leading to the way of their happy life. 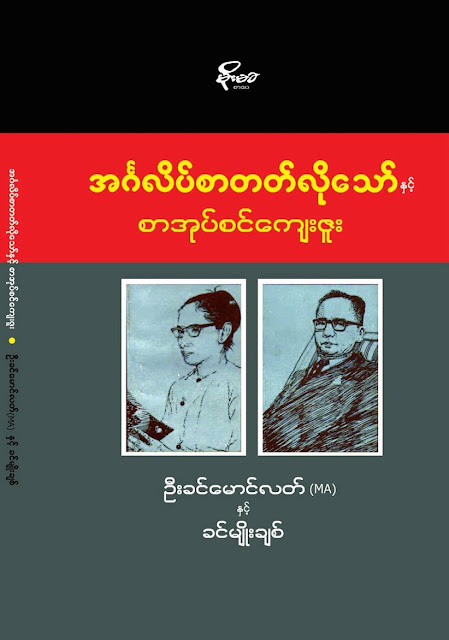 (The cover of the book. Their portraits were drawn by the artist – Pe Nyunt Wai. It was published in 2018 as the fifth edition.)
National Schools in Burma
National Schools were founded by the University students and all over students in Burma. They boycotted schools authorized by the British Government Act of 1920. Council of National Education (CNE) formed their own education system, and examinations held by their rules and regulation. They were funded by the public. Most of the teachers were Indian, and some teachers were not even graduated. The children of 5 years might begin their first grade at National School. The first-grade of six months was the equivalent of Year One, and the second-grade of next six months was the equivalent of Year Two, and so on up until the twelve-grade, then go off to the University. Although it seemed that students gained their academic degree in only six years, they never lost the knowledge as far as they should need in their whole academic life.
What They Wrote about National School
Grandpa, U Khin Maung Latt (1915 – 1996) wrote about ‘to be a good student in English’ in Burmese. Grandpa said at that time there were other schools like Government High School, American Baptist Mission, and Wesleyan Methodist Mission, etc. But his education actually started at National School at Mon-Ywa, his birthplace. Teachers at National School taught in English. They gave equal and full of attention to all their students; small or big, high, or low. In the book, grandpa especially wrote about his teachers how, and what they taught. When he became an English teacher, he taught his students as the way the teachers taught at National School.
My grandmother, Khin Myo Chit (1915 – 1999) wrote about ‘the benefit of the library’ in Burmese. She entered first grade of National schooling education, and so on at her native place, Sit-Kaing. Teachers at National School taught Burmese, and English literature to all their students. Because of their teaching, and training, she came to appreciate books and libraries since she was at eighth grade. Some old scholars gave their books for their little bookworm’ library.  The years of reading both Burmese and English literature filled her head with ideas in which to be a writer might be the one. The library seemed a tremendous Palace, and books, golds and treasures to her. She believed she found her happiness in writing and reading because of training at National School. She would never forget their gratitude and always remembered. 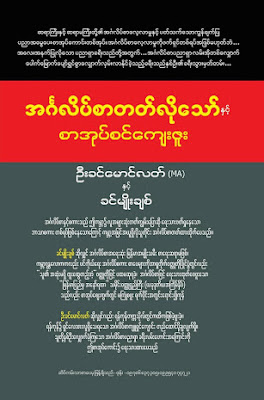 (U Khin Maung Latt (MA) and Khin Myo Chit)
(Back cover of the book.)

← My Life Will Go On, The Picture of Junior Win by Junior Win
Making Sense Out of Nonsense : Fairy Tale or Mathematical Treatise ? by Dr Khin Maung Win (Maths) →