Original Burmese article had been published at

With critics on the US’s sanctions on Burma, the momentum of anti-sanction campaigns is gradually increasing in the present days. At the beginning, the critics pointed out that the US sanctions will not be effective and even these will make counter productive to stated purposes. Based on the reasons, the US new government is requested to review its sanctions on Burma. In the later part, some critics live in-country and outside Burma, target and criticise NLD and its stand on supporting the US sanction on Burma. Resulting from changing target in critiques, some thoughts came in mind that why the sanctions are imposed and why NLD became a target of the critics instead of sanction implementers, the US, EU and Australia for example.

END_OF_DOCUMENT_TOKEN_TO_BE_REPLACED

2010 Challenges and National League for Democracy

Day after Day, month after month, 2010 is coming closer to us and it is the year promised by the junta to carry out General Election in accord with 2008 National Constitution. The 2010 picture is coming clear and colourful with different critics. Some analysts made optimistic comments that the election will provide new political playground with feasible space for political parties. At the same time, some analysts said the upcoming political system after 2010 is just to legitimate militarism and the dictatorship in Burma. Based on the different opinions, a scenario with possible challenges brought by new political system is created to be food for thought for readers.

END_OF_DOCUMENT_TOKEN_TO_BE_REPLACED 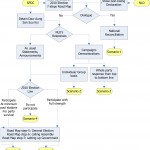 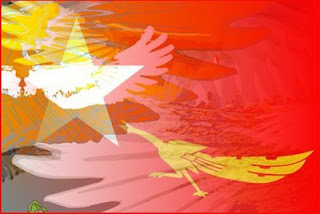 A political movement with certain momentum is seen in Burma after Daw Aung San Suu Kyi’s trial. She was accused under State Protection Act, section 22/109 as she violated the terms of her house arrest after an American man swam to an entered her lakeside home on 14th of May. It is clearly shown that the dialogue and national reconciliation have been moved out from the junta’s mindset. It is also an answer to the people who are waiting for the junta’s response to NLD’s Shwe-Gon-Daing declaration. Now this is time to think about how NLD continues on his pathway shown in the declaration.